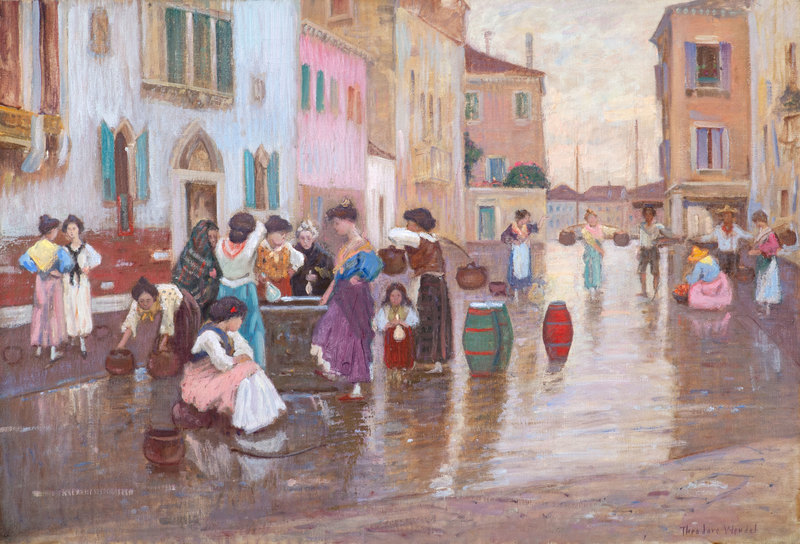 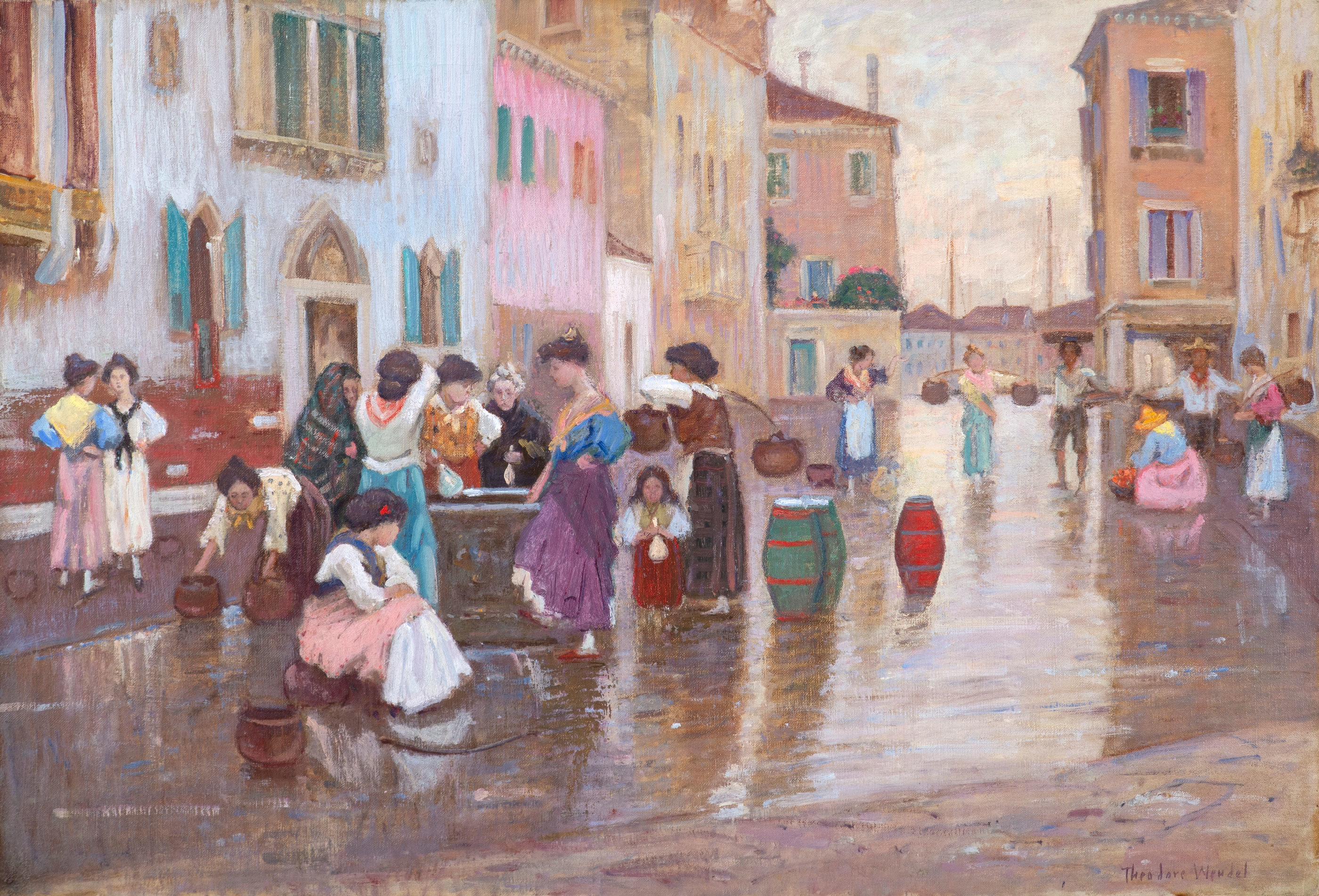 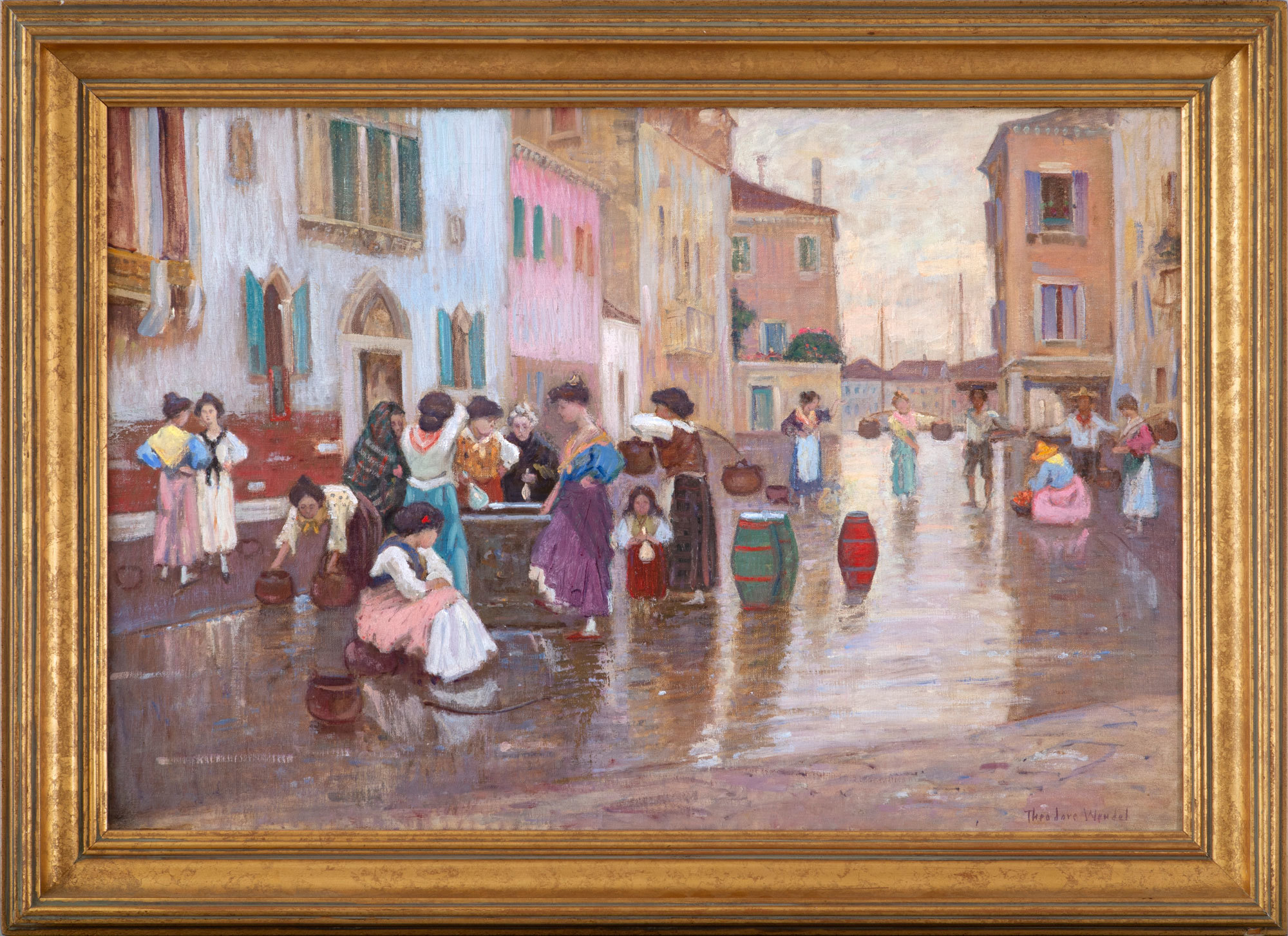 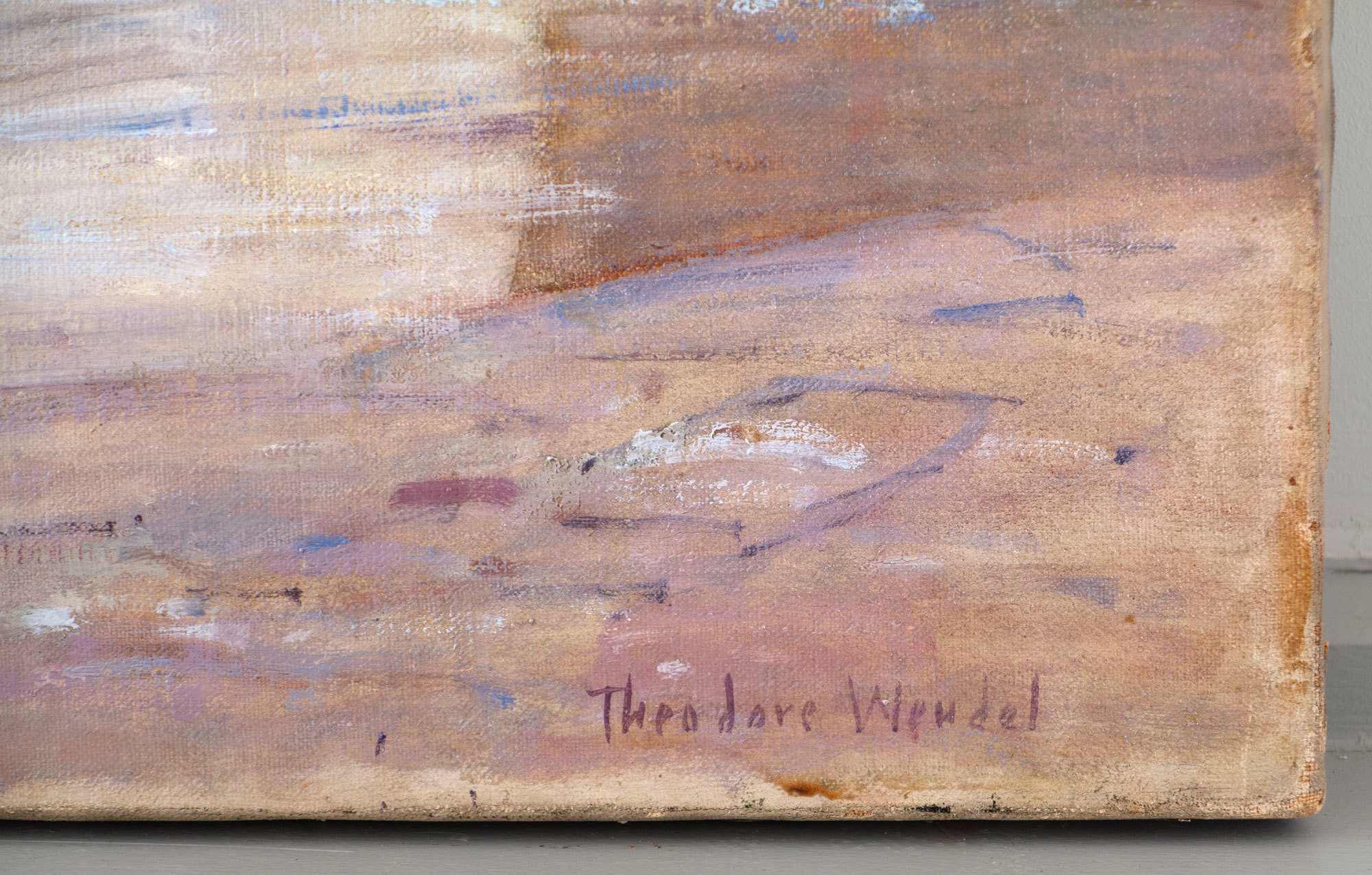 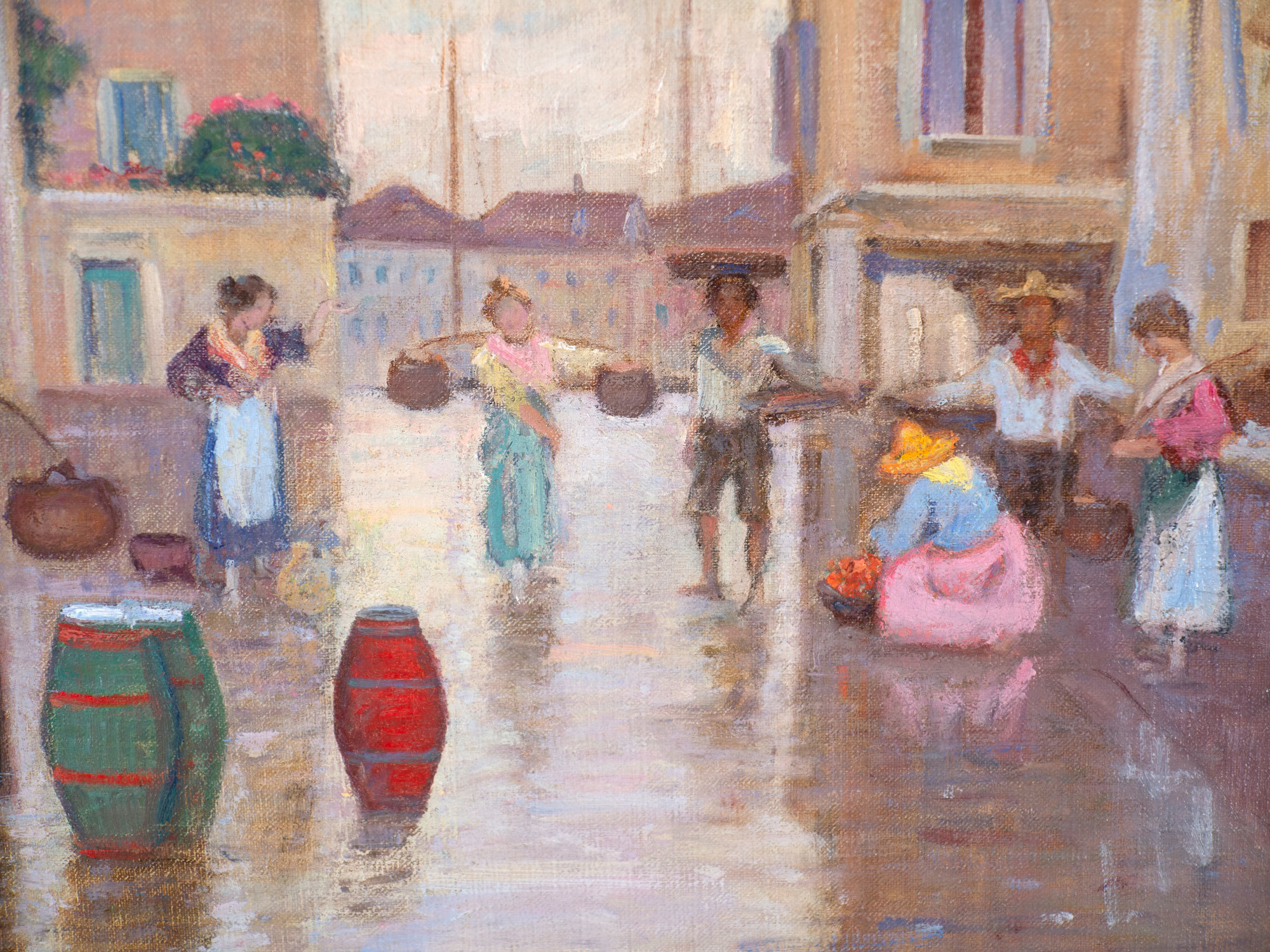 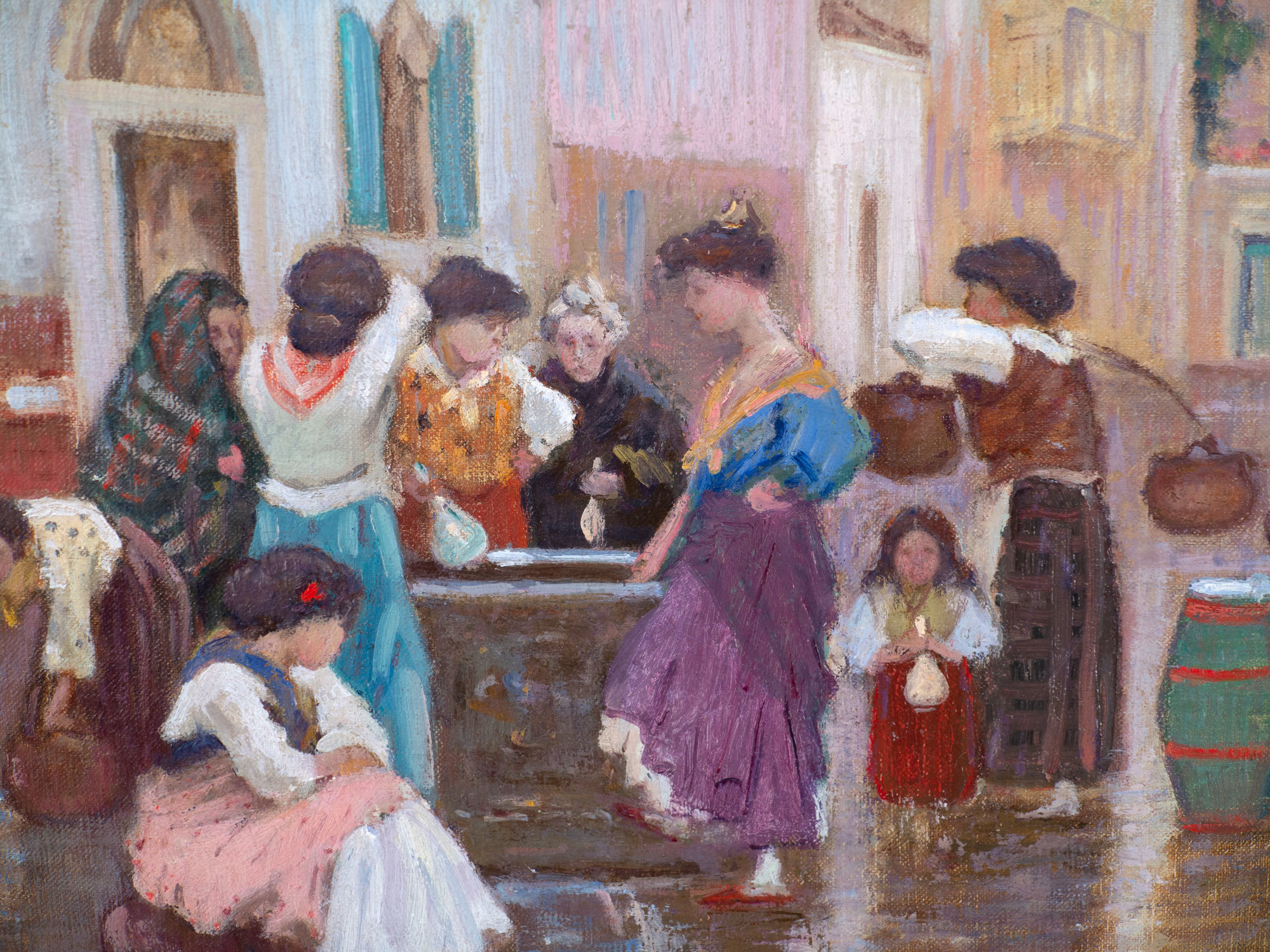 During a year-long honeymoon spent exploring France and Italy, Theodore Wendel continued to find inspiring subject matter for his work. In Venice, he focused less on the grand palazzos and winding canals and more on capturing the city’s residents going about their daily activities.

Women Gathered around Fountain, Venice demonstrates this attention to figural work during his second stay in the Floating City, and clearly relates to the genre pictures created over a decade earlier by his mentor Duveneck, according to Laurene Buckley.[1] The painting is a faithful rendition of one of the city’s wells, which served as both a source of vital drinking water and a gathering place for socializing, and was included in a later exhibition of Wendel’s work held at the St. Botolph Club in February of 1910. A period reviewer noted it “attracts through its powerful and vivid representation.”[2]

By descent through the family of the artist

Circa 1897
Price upon request
Contact Vose about this painting