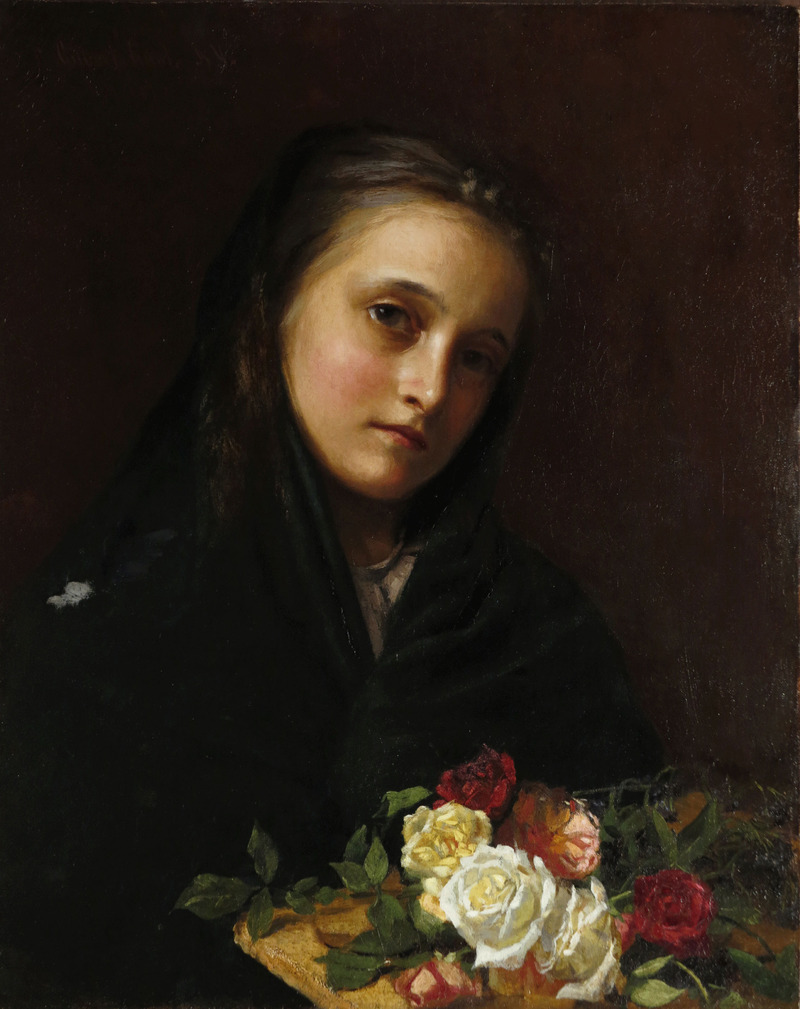 Born in Jersey City, New Jersey, William Gilbert Gaul’s hopes to pursue a military career were deferred by illness, and thus he enrolled at the National Academy of Design in the early 1870s under the instruction of Lemuel Wilmarth. He also studied privately with genre painter John George Brown, whose charming pictures of street urchins and bootblacks would come to inspire Gaul’s early professional work.   Gaul first exhibited with the National Academy in 1875 and became an Associate member four years later. In 1882, he was awarded full Academician status, becoming the youngest to achieve the honor in the association’s history. Gaul continued to take part in the Academy’s annual exhibitions for all but six years from 1877 to 1919.

In 1876, Gaul made his first of many trips out West, producing sketches and photographs of the daily lives of Native Americans and those serving in military posts in the Dakota Territory that he would translate into paintings back in his Tenth Street studio in New York. He later kept a home in Van Buren, Tennessee beginning in 1881, where he would paint appealing scenes of rural life as well as the Civil War subjects for which he is today best remembered. Gaul’s most famous illustrations appeared in Battles and Leaders of the Civil War in Century magazine in 1887, while several of his paintings were used by the Southern Art Publishing Company in their 1907 portfolio, With the Confederate Colors. In 1890, Gaul was commissioned by the federal government, along with Julian Scott, Walter Shirlaw and other artists familiar with the Western territories, to illustrate the Eleventh Census, with a special focus on Native American tribes. The results indicated a tragically diminishing population of Native Americans in the United States, making Gaul’s photographs and paintings all that more important for future generations.

By 1904, Gaul had settled in Tennessee and accepted a teaching position at the Cumberland Female College in McMinnville.  He later moved to South Carolina before returning to his home state of New Jersey, where he continued to work illustrating battle scenes of World War I.  In addition to exhibiting at the National Academy, Gaul participated in annual shows at the Boston Art Club and the Brooklyn Art Association, and his painting Charging the Battery received a bronze medal at the Paris Universal Exposition in 1889. He received additional medals at the Columbian Exposition in Chicago in 1893 and the Pan-American Exposition in Buffalo, New York, in 1901.

References: See Who Was Who In American Art (1999).; Annette Blaugrund, The Tenth Street Studio Building: Artist-Entrepeneurs from the Hudson River School to the American Impressionists (Southampton, NY: The Parrish Art Museum, 1997).