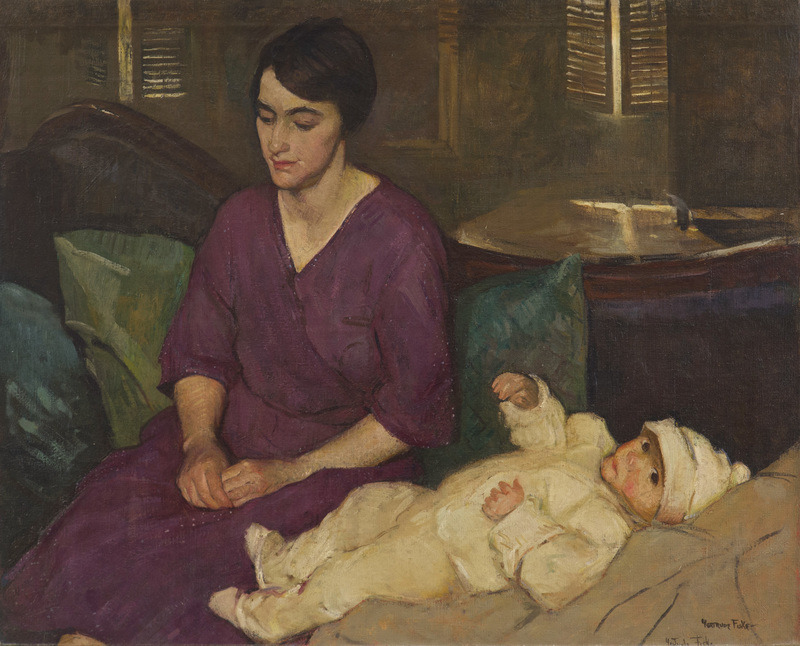 Gertrude Fiske was born in Boston, the eldest of six children, to an old, well-established New England family. She entered the Boston Museum School around 1904 and studied under Edmund C. Tarbell, Frank Benson, and Philip Hale. During the summers, she attended Charles Woodbury’s classes in Ogunquit, Maine, whose bold, painterly approach to landscape painting influenced her own artistic style. She established herself at the Riverway, and later the Fenway Studios in Boston and also maintained a studio at her family’s home in Weston. She made a number of trips abroad but never stayed for long, preferring for the most part to live and work on the east coast of New England.

By her late thirties, Fiske had earned a reputation for being a leading woman painter in Boston. Her increasing interest in the art and artists of New England led her to become a founding member of the Guild of Boston Artists, co-founder along with friend and artist Elizabeth Roberts (1871-1927) of the Concord Art Association, as well as participate in the founding of the Ogunquit Art Association.  She exhibited annually with various art associations, including shows at the Pennsylvania Academy of the Fine Arts and the Corcoran Gallery of Art, and in 1922 was named the first and only woman to the Massachusetts State Art Commission.

By 1935, Fiske had exhibited in over ten one-woman shows and won over eighteen prestigious awards, including the National Academy of Design’s Shaw and Clarke Prizes. She was elected an Associate of the National Academy in 1922, and achieved full Academician status in 1930. Throughout her career, she painted mostly portraits, many commissioned and many more of characters that captured her interest or models that intrigued her, and her outdoor landscape paintings, often sketched en plein air, display a keen eye for nature, light and atmosphere.  She was also an etcher, producing bold, lively prints, and became a member of the Boston Society of Etchers and the Chicago Society of Etchers.