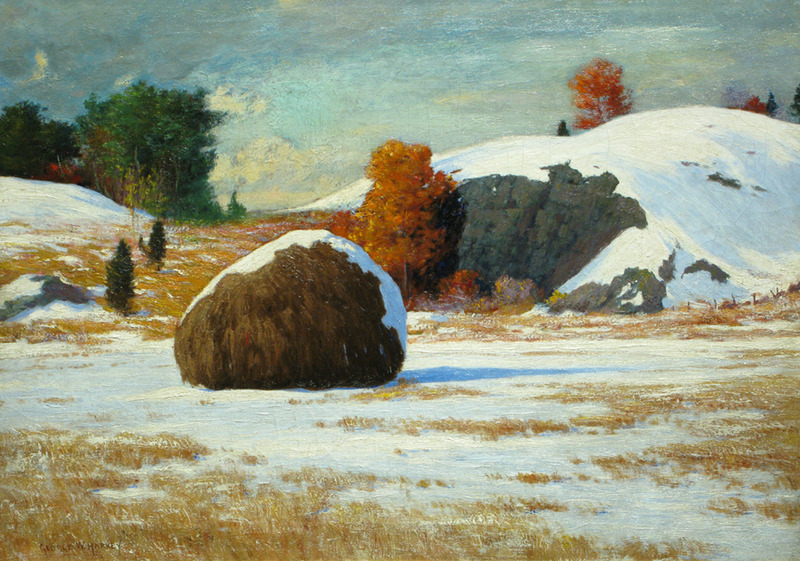 Born in East Gloucester, Massachusetts, George Wainwright Harvey was apprenticed as a seaman on a fishing boat.  He was largely self-taught as an artist, however, and also taught his brother Edward to paint.  George went to Philadelphia around 1875, where he painted with W. H. Weisman, and traveled to Holland in 1885, following his marriage to photographer Martha Hale Rogers.

In 1897 the Harveys settled in Annisquam, Massachusetts, where they built adjoining studios.  Harvey sometimes used his wife’s photographs as studio models for paintings, drawings and prints. He became well known for his scenes of Cape Ann, and exhibited paintings at the Boston Art Club, the Art Institute of Chicago, the J. Eastman Chase Gallery in Boston, and the North Shore Art Association.  The Annisquam Historical Society preserves a collection of Harvey’s sketchbooks.