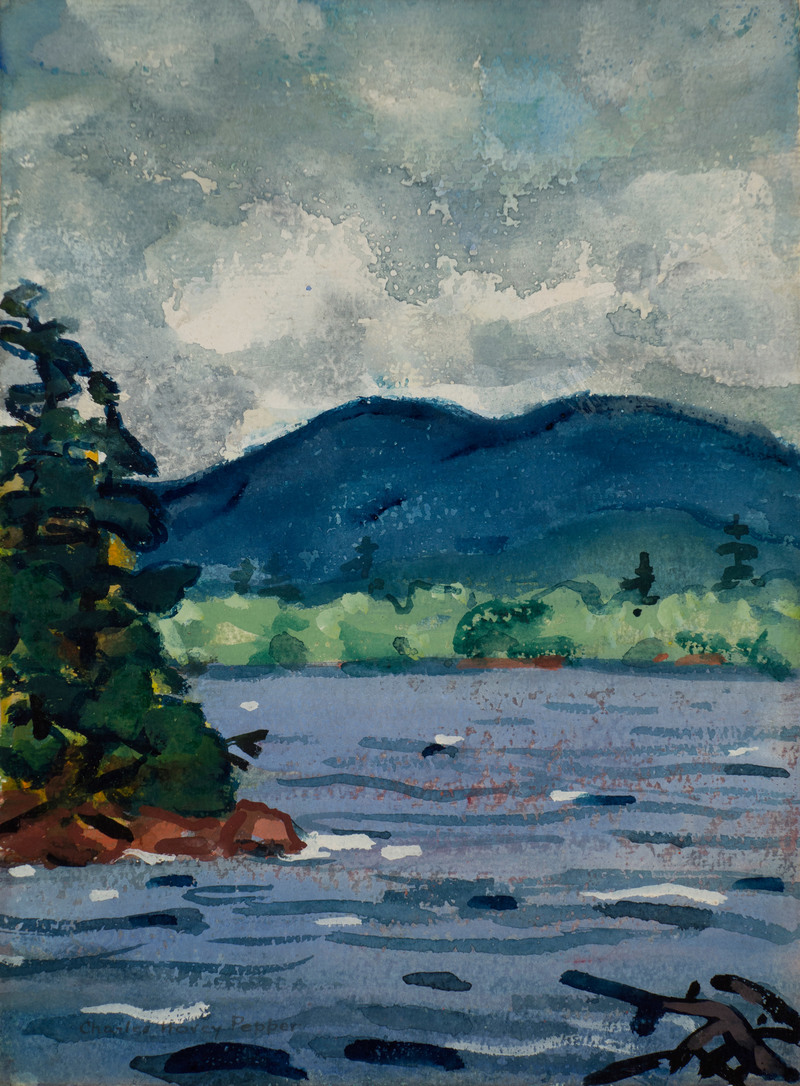 Landscape and portrait painter Charles Hovey Pepper is best remembered for bringing modern art to Boston.  Native of Waterbury, Maine, Pepper attended Colby College, and after graduation married Francis Coburn.  The following year they went to New York, where Pepper enrolled at the Art Students League and studied with William Merritt Chase.  In 1893 the Peppers went to Paris, where he studied at the Académie Julian and with Edmond Aman Jean.  He submitted paintings to the Salons of 1896 and 1899, and in 1897 had his first one-artist exhibition in Paris at the gallery L’Art Nouveau. After settling briefly in the Boston area, Pepper took a trip around the world, and lived for more than a year in Japan.

In 1897 the Peppers returned and moved to Concord, Massachusetts.  By 1904 Pepper had occupied a studio in the Fenway Studios building, where, with Charles Gordon Cutler, Charles Hopkinson and Harley Perkins, he established a small coterie of modern artists which, together with Marion Monks Chase exhibited as the “Boston Five.” Pepper was also friends with John Sloan, Marsden Hartley, and Maurice Prendergast. His own watercolors and gouaches, and his rare oil paintings, portray expressionistic, strongly-colored rugged landscapes not unlike Hartley’s work of the 1930s.

Pepper was a member of the Copley Society, the Boston Water Color Club, the New York Water Color Society and the St. Botolph Club. He also joined the Art Club and became Chairman of the Exhibitions Committee in 1917.  With Hopkinson, Cutler, and long-time friend and discriminating collector John T. Spalding, Pepper led the Art Club through a ten-year period of increasingly progressive exhibitions.  Finally, in 1929 the entire committee was fired for being overly modern.