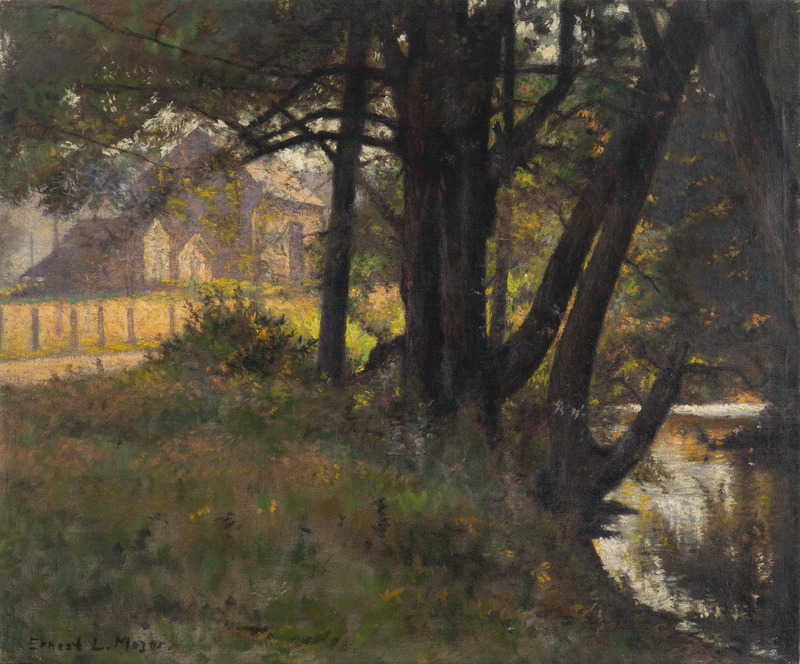 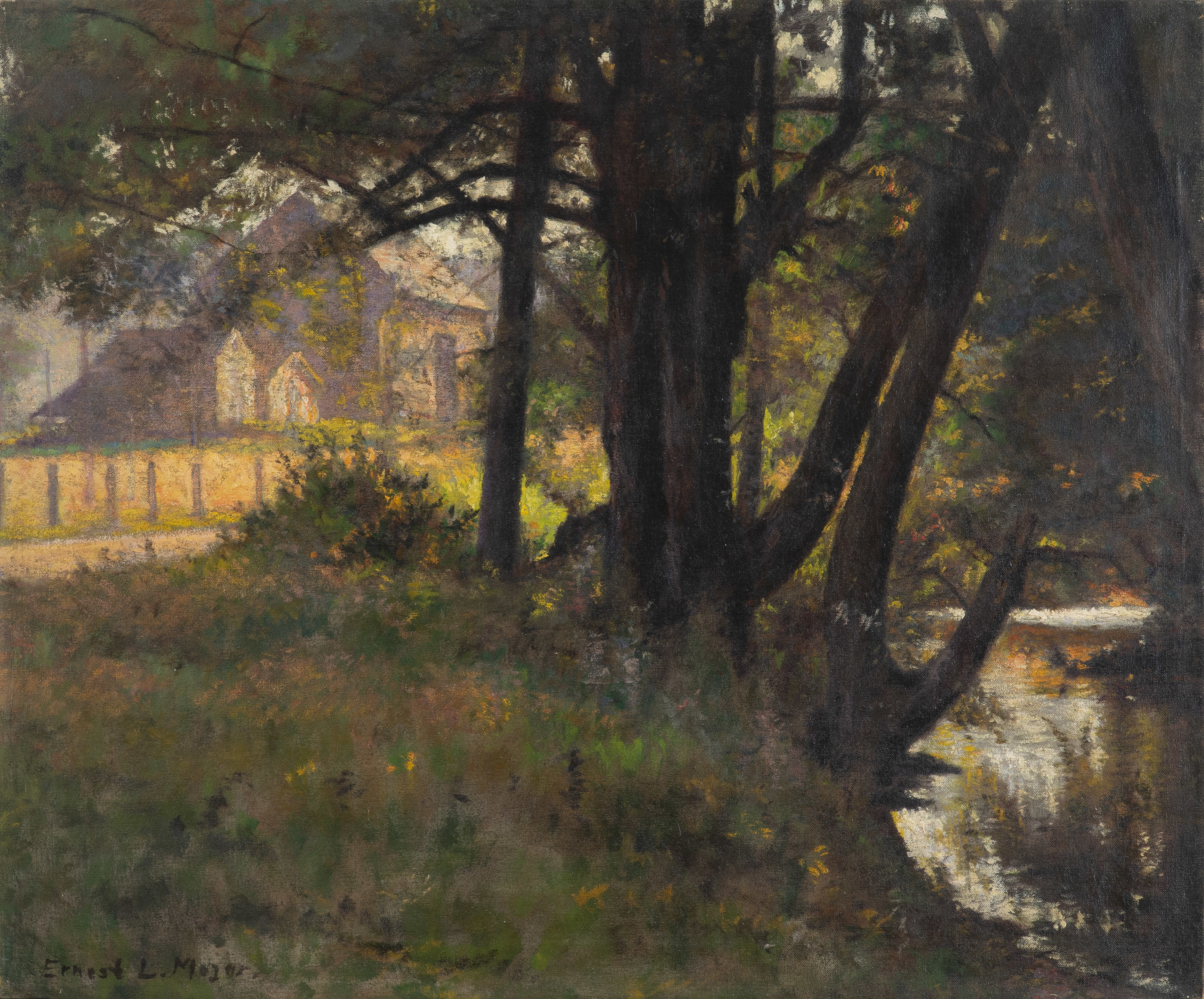 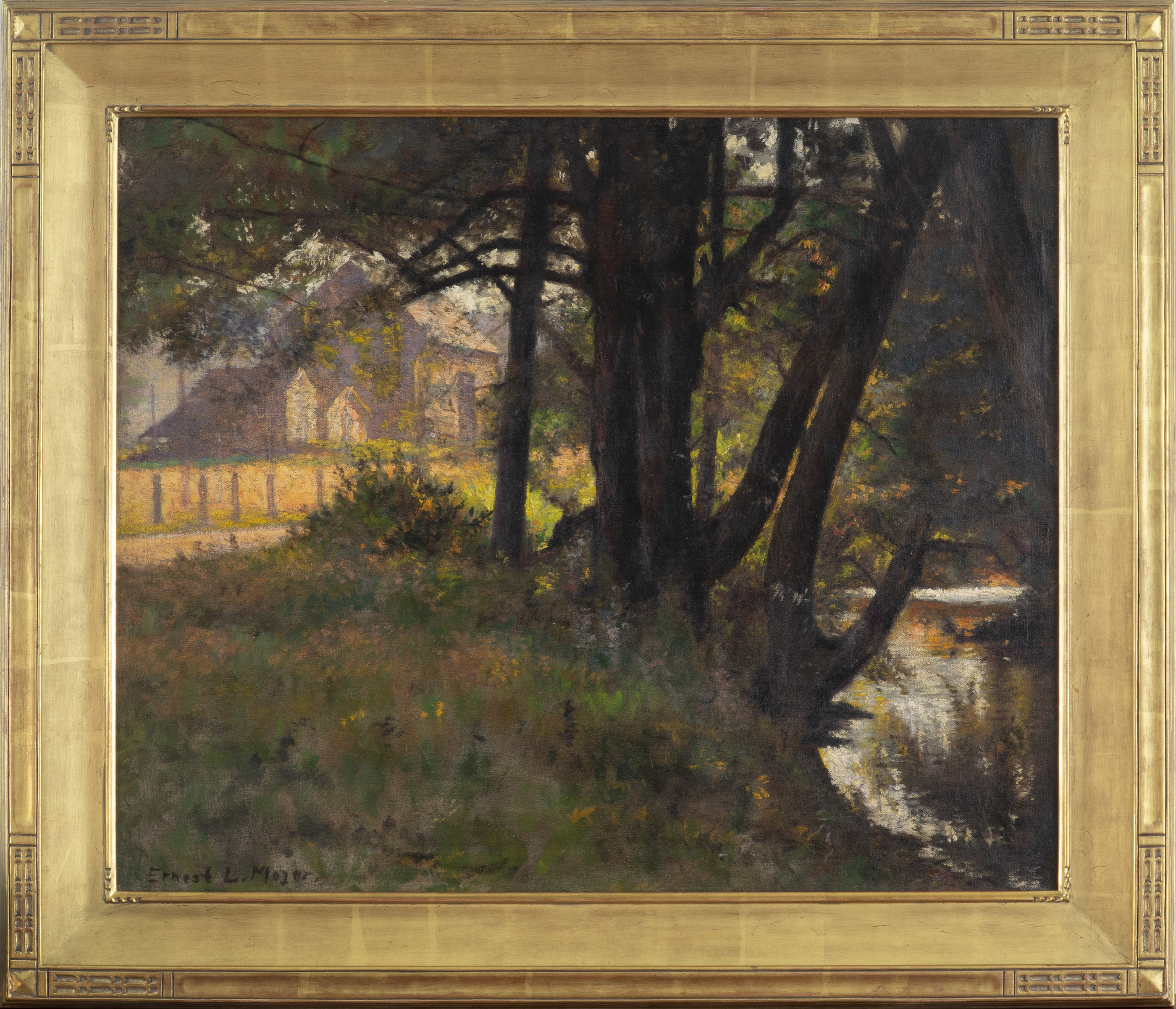 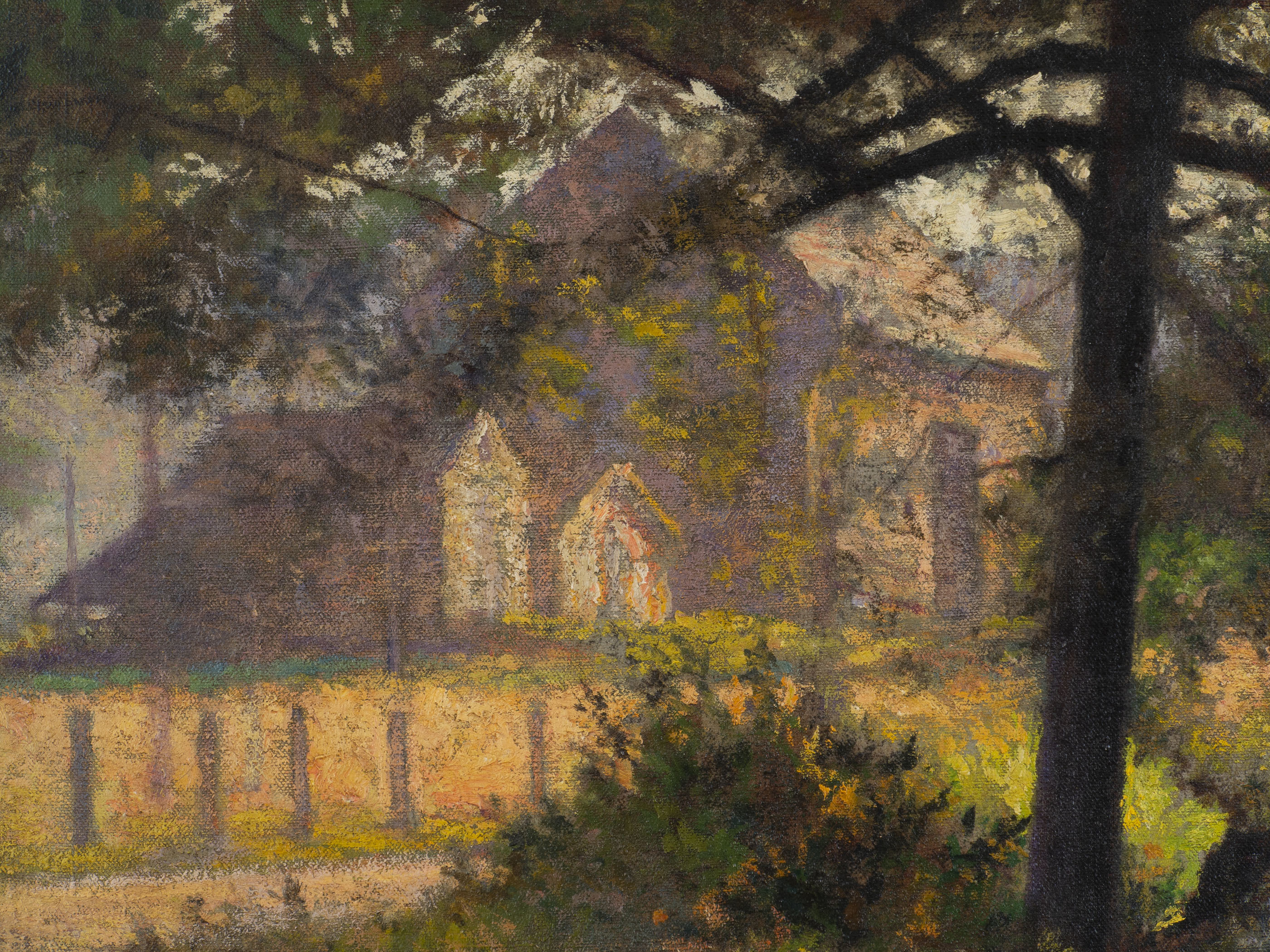 Ernest Lee Major spent his summers at his cabin in Wonalancet, New  Hampshire, along the southern edge of the White Mountains National Forest, devoted to translating the surrounding landscape. In a review of Vose Galleries’ 1951 exhibition of Major’s work, critic Loring Holmes Dodd of Worcester’s Evening Gazette specifically mentioned his talent for outdoor subjects despite a career focused on studio themes: “He was not a landscapist, which is almost a pity, since here again he is unique. He splashes roadway or meadow of the background with sunlight. A pool or brook at your feet is silver in the dim light of the forest all about you. This arrangement of trees and distant open spaces is a favorite one with him.”[1] As only two landscapes were in the show, one can easily imagine that the writer was inspired by the placid plane of water set under the copse of trees, with the warm summer sunlight radiating over a farmyard just beyond the shadowy foreground, of Wood Interior, Wonalancet, New Hampshire.

Ernest Lee Major was raised in Washington, DC, where he obtained his earliest art training under E. C. Messer at the Corcoran Gallery. He moved to New York City in 1882 to further his studies with William Merritt Chase at the Art Students League, and two years later became the first recipient of the League’s Harper-Hallgarten Prize, which allowed him to travel abroad to Europe for three years.

Major returned to the United States in 1888 and settled in Boston, where he accepted a teaching position at the Cowles Art School. In 1896, he joined the faculty at the Massachusetts Normal Art School and presided over drawing and painting classes for the next forty-six years.

Major was a member of the Boston Art Club and a founding member of the Guild of Boston Artists, where he frequently exhibited his work. Additionally, he participated in numerous national exhibits, earning a silver medal at the Panama-Pacific Exposition in San Francisco in 1915 and the Pennsylvania Academy of the Fine Arts’ Bok Prize in 1917.