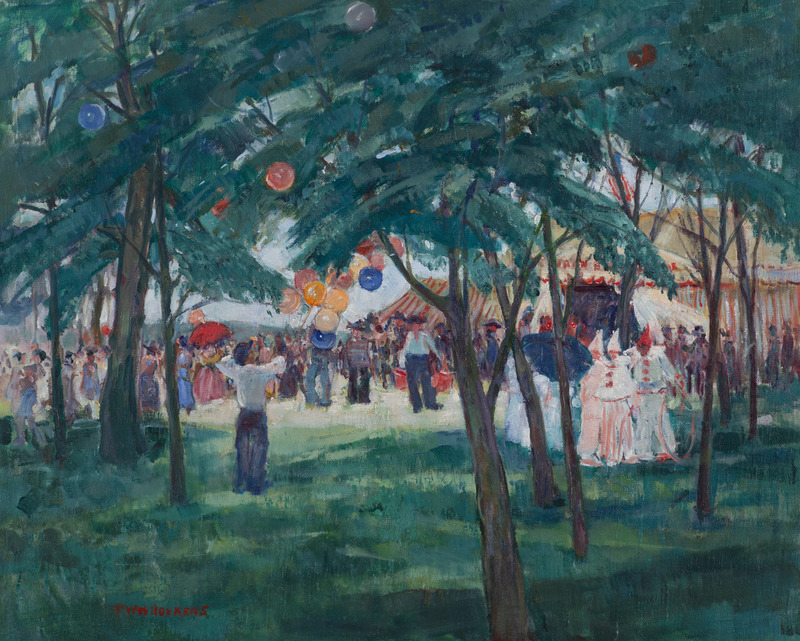 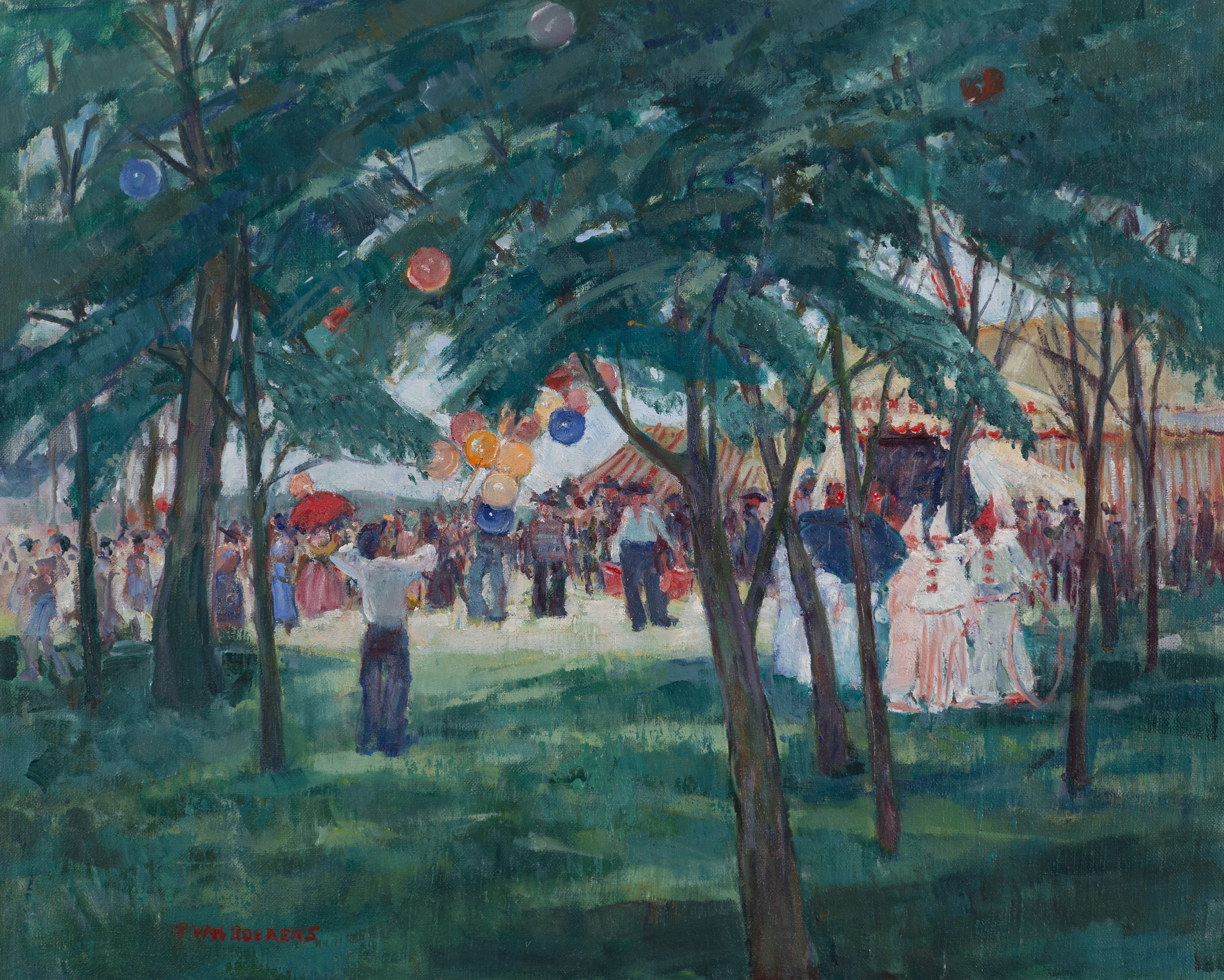 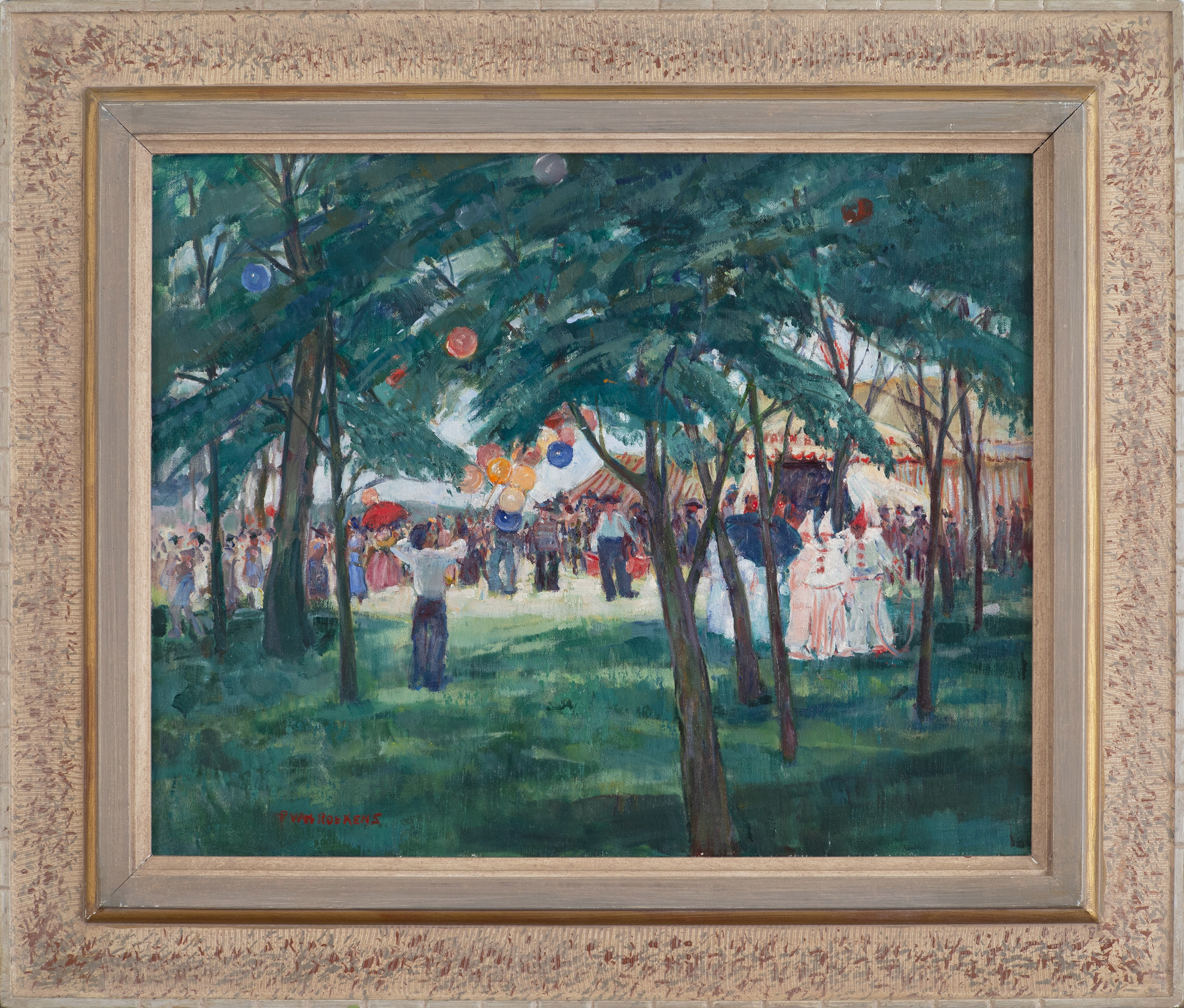 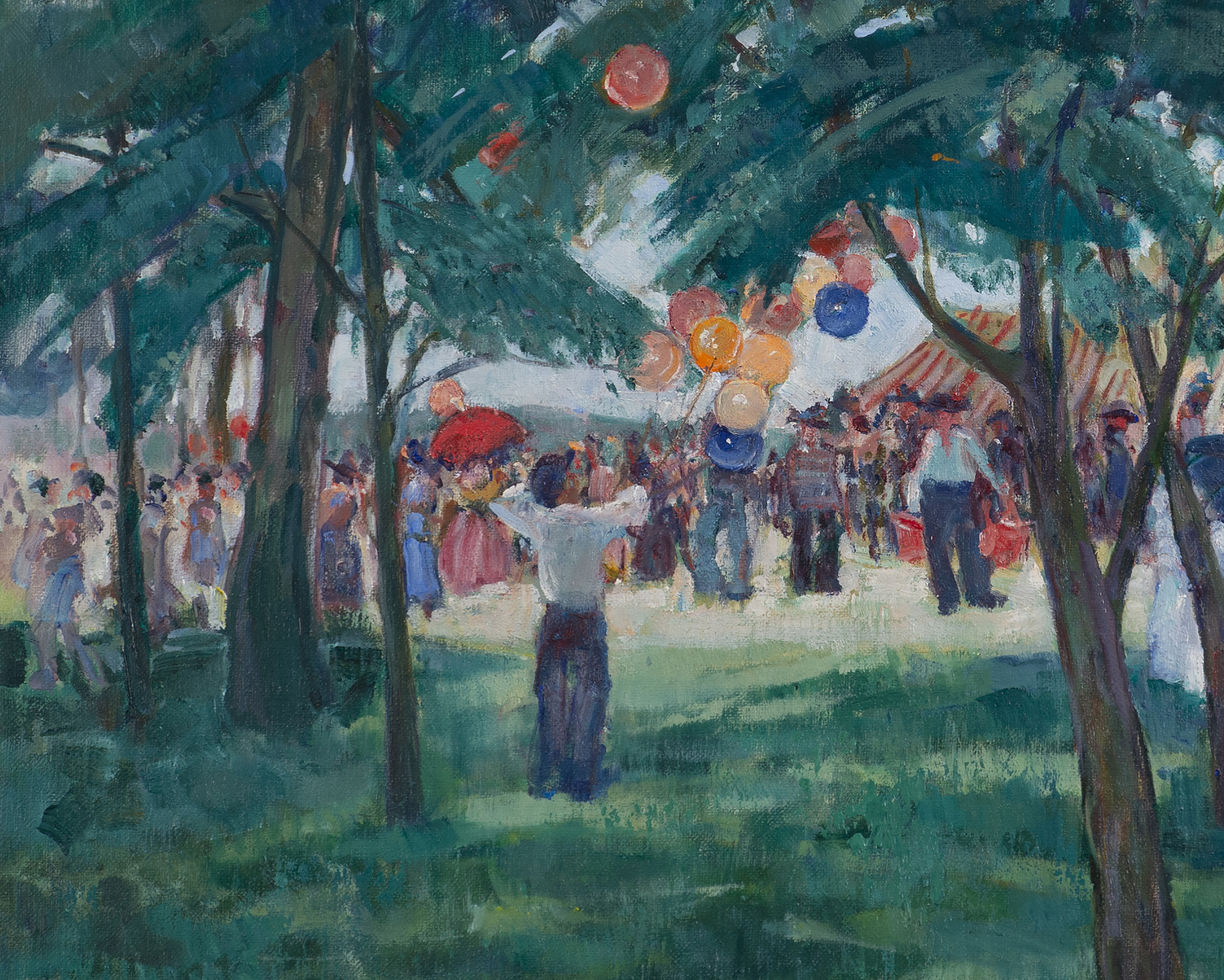 As demonstrated by Balloon Vendor, Van Roekens “rejoices in color and movement and translates that color and movement into vivacious pigment. She gravitates toward subjects that sparkle with pattern and bright hues – the circus, the theatre, ballet, the summer life of Philadelphia parks, children, the Atlantic beaches. She responds to all the joyous and lively aspects of life.”[1]

Alongside her husband Arthur Meltzer, Paulette Van Roekens became a leading member in the last generation of Pennsylvania School Impressionists. The Pennsylvania School, also known as the “New Hope School,” flourished in Bucks County, Pennsylvania, among artists dedicated to combining the stylistic principles of French Impressionism with an interest in memorializing the American landscape. These intentions resulted in works featuring thick brushwork that captures both the picturesque and real-world scenery of the area. An artistic descendent of Edward Redfield and Daniel Garber, Van Roekens adhered to many guiding principles of the Pennsylvania School, and expanded the historic art tradition by not only adopting the American landscape as her subject matter, but also capturing the festive nature of American life.

During her career, Van Roekens exhibited at prestigious venues including the Art Institute of Chicago, the Carnegie Institute, the National Academy of Design, and the Corcoran Gallery of Art. Her work was highly praised by critics and collectors, earning gold medals at both the Plastic Club in Philadelphia in 1920 and the Philadelphia Sketch Club in 1923. She also received awards when showing at the Woodmere Art Gallery in 1946 and with the National Association of Women Painters and Sculptors. Today, her vibrant depictions of the joy and vitality of American life can be found in public collections including the Pennsylvania Academy of the Fine Arts, the Michener Art Museum in Doylestown, Pennsylvania, and the Woodmere Art Museum in Philadelphia.