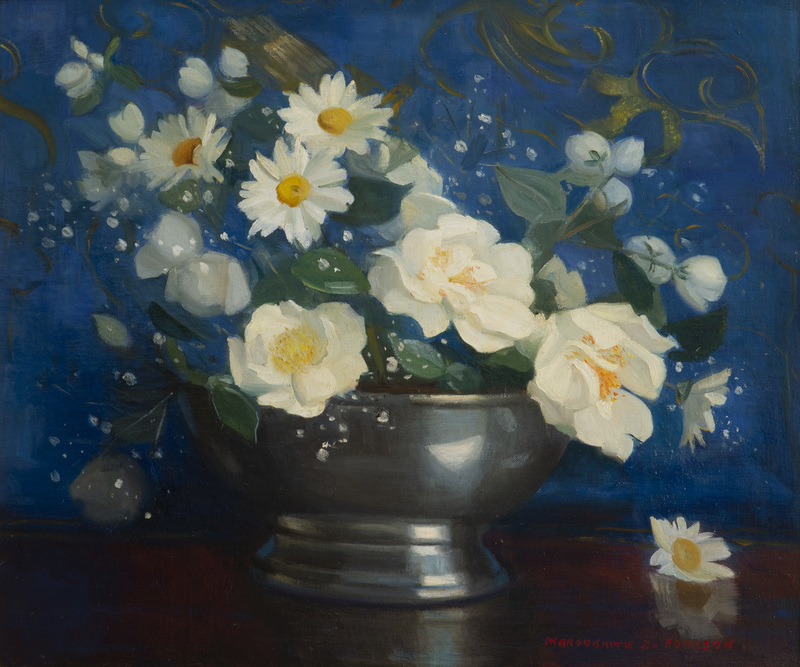 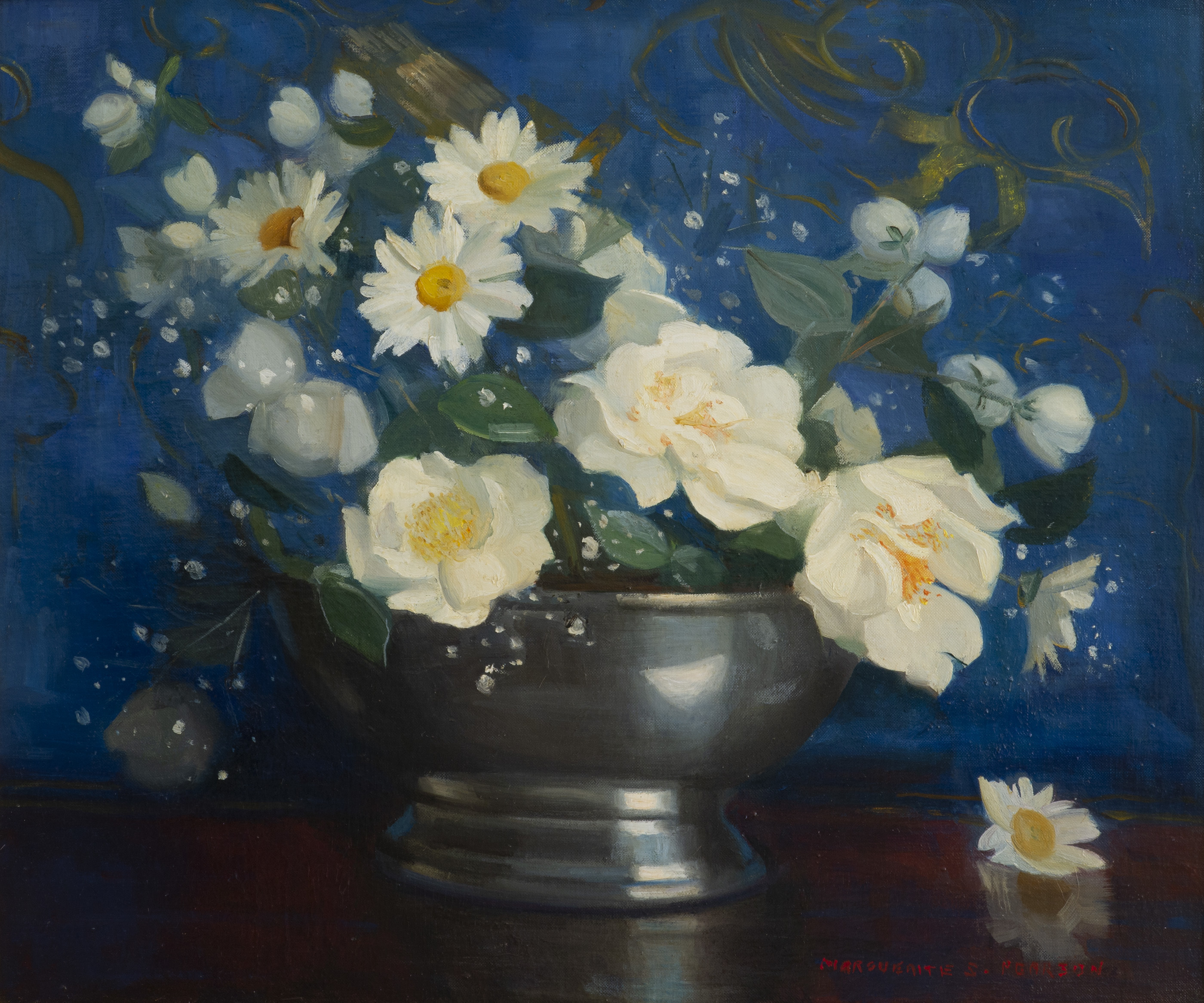 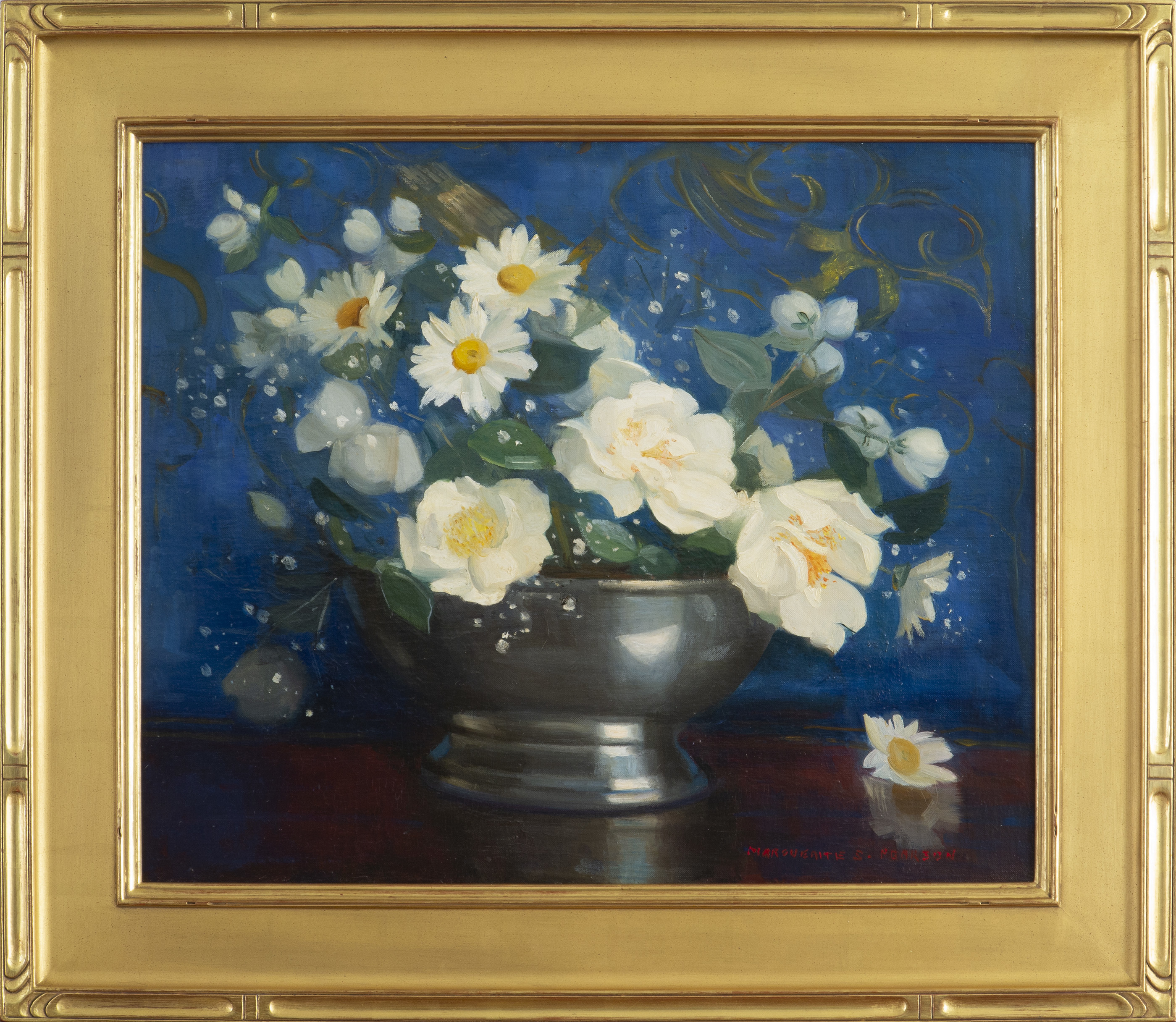 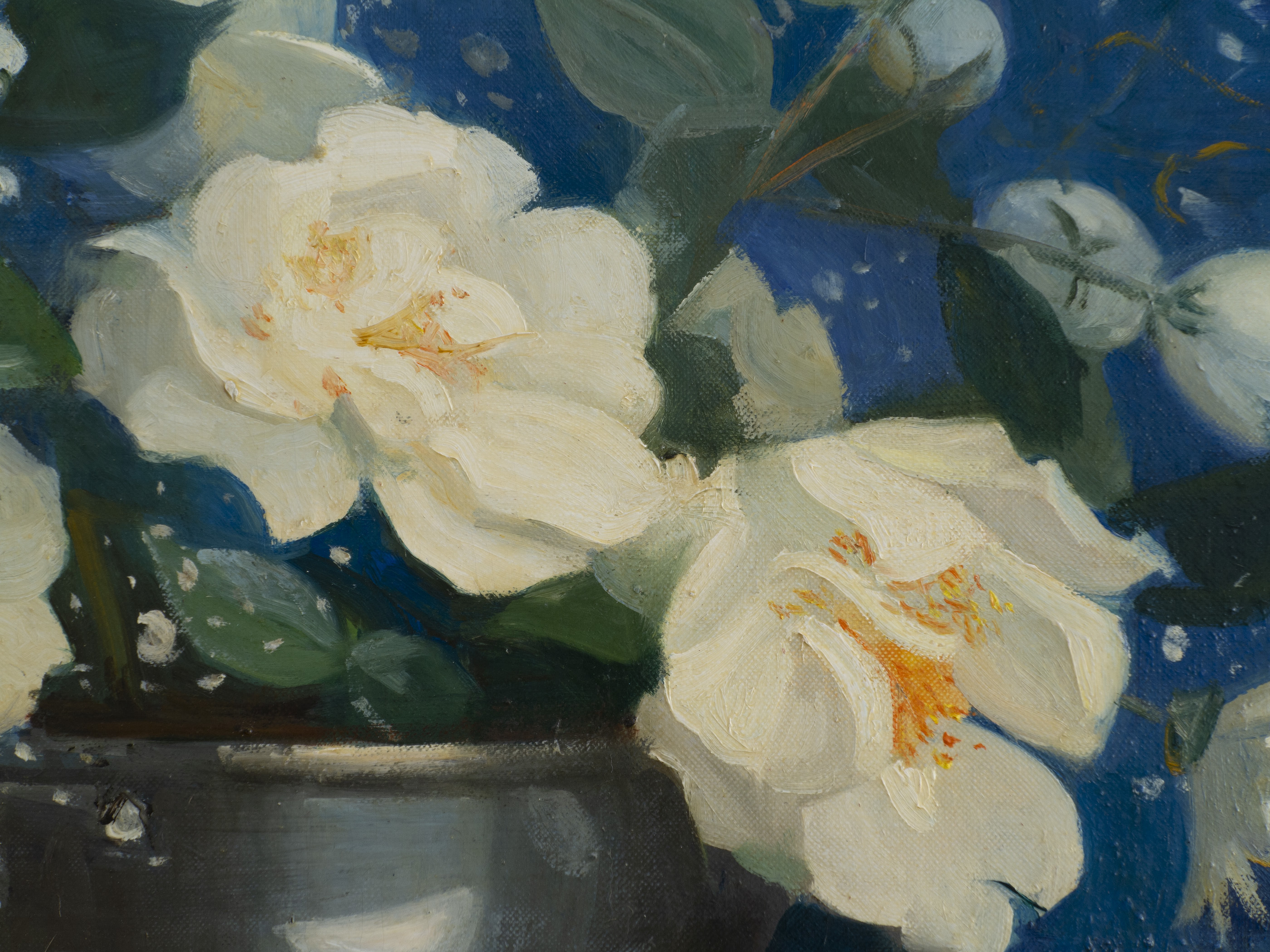 Marguerite Stuber Pearson was a firm proponent of the Boston School tradition, characterized by her mastery of academic technique and the selection of traditional subjects of portraiture, figures in interiors, and still lifes, such as Floral Still Life with Silver Bowl.

Pearson grew up wanting to become a concert pianist, but in 1915 she contracted polio during a summer vacation in Maine, and while recovering she took drawing lessons from Boston illustrators Charles Chase Emerson and Harold N. Anderson. In 1919, Pearson embarked on the rigorous seven-year painting course at the Boston Museum School, where she received criticisms from Edmund Tarbell, Frederick Bosley, and Philip Leslie Hale. Although her bout with polio bound her to a wheelchair, she worked and taught in a fourth-floor studio in the Fenway Studios building on Ipswich Street from 1930-1942, a studio previously occupied by Aldro T. Hibbard, with whom Pearson painted during summers in Rockport, Massachusetts, as she expanded her repertoire to include landscapes of Cape Ann.

She was also a member of and won prizes from the North Shore Arts Association, the Salmagundi Club, and the American Artists Professional League, and participated in exhibitions at the National Academy of Design, the Pennsylvania Academy of the Fine Arts, and the Corcoran Gallery in Washington, DC, during the 1920s and 1930s.

To private collection, Westwood, Massachusetts, circa 2001 to present