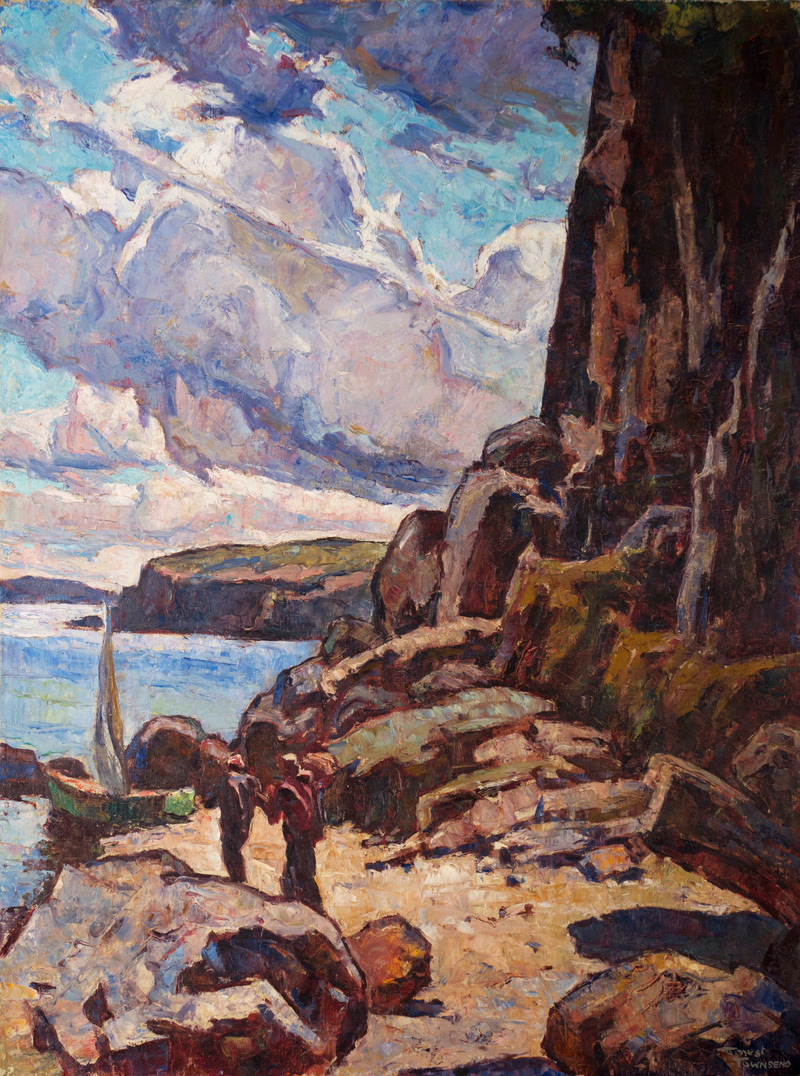 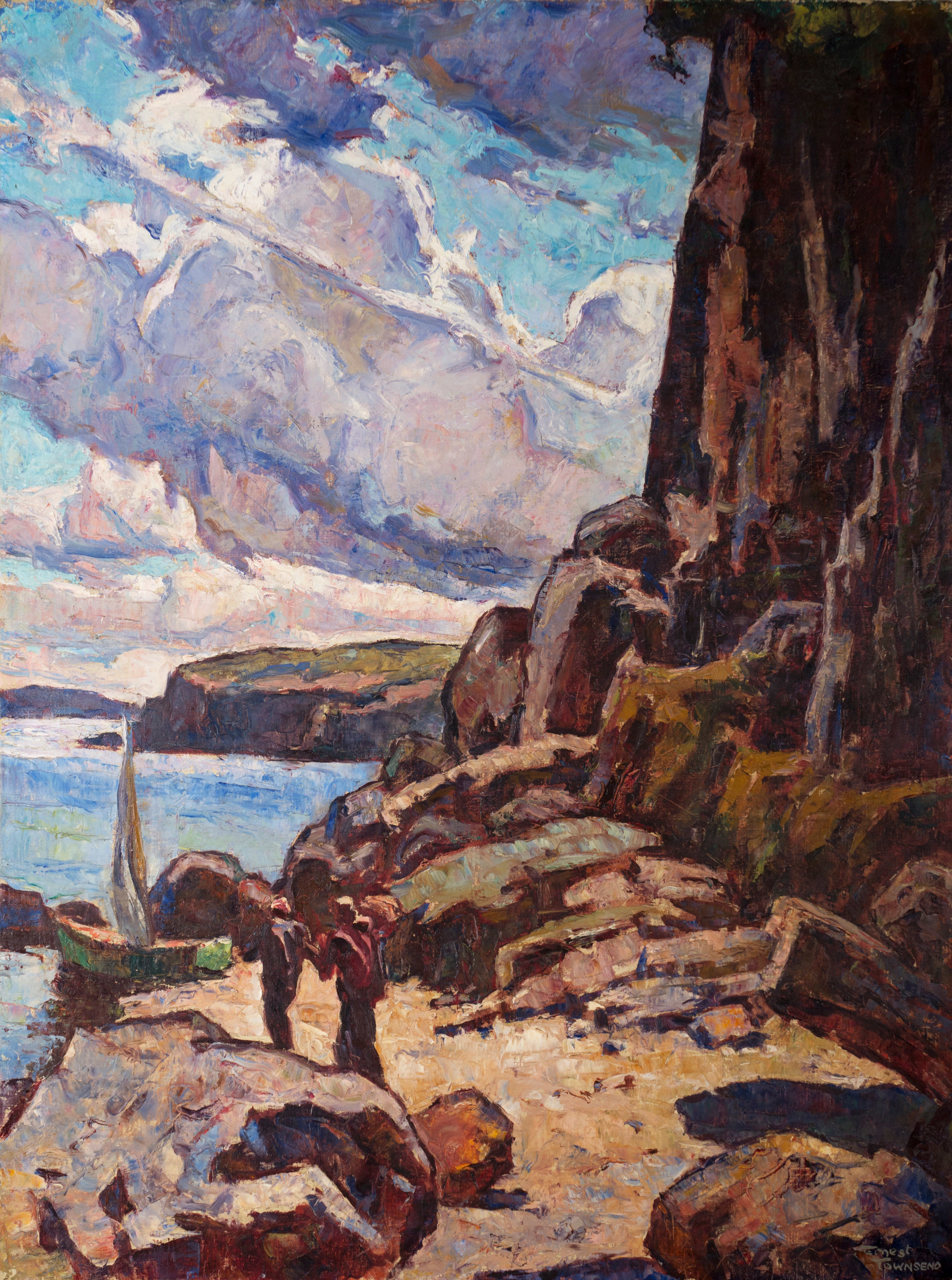 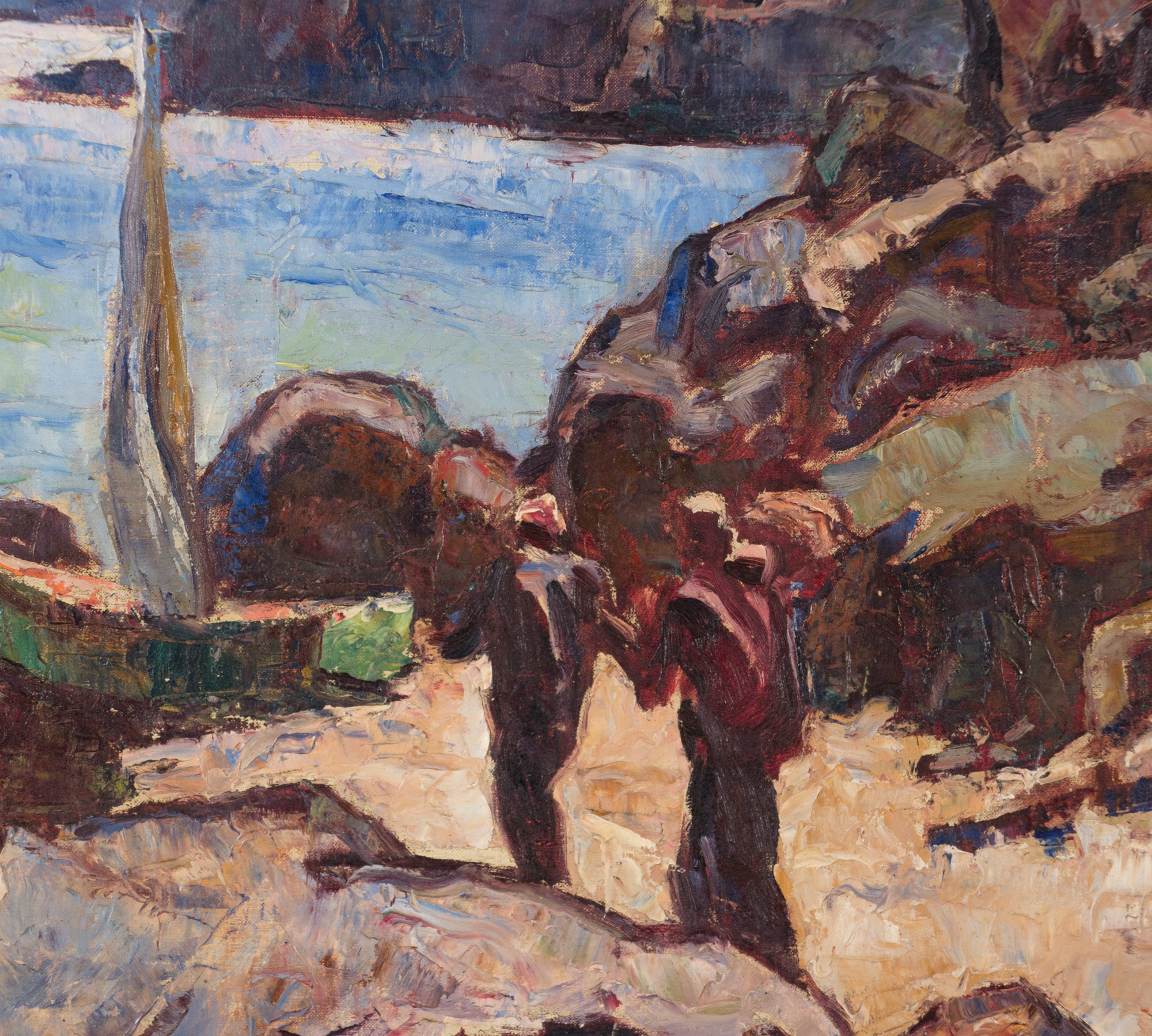 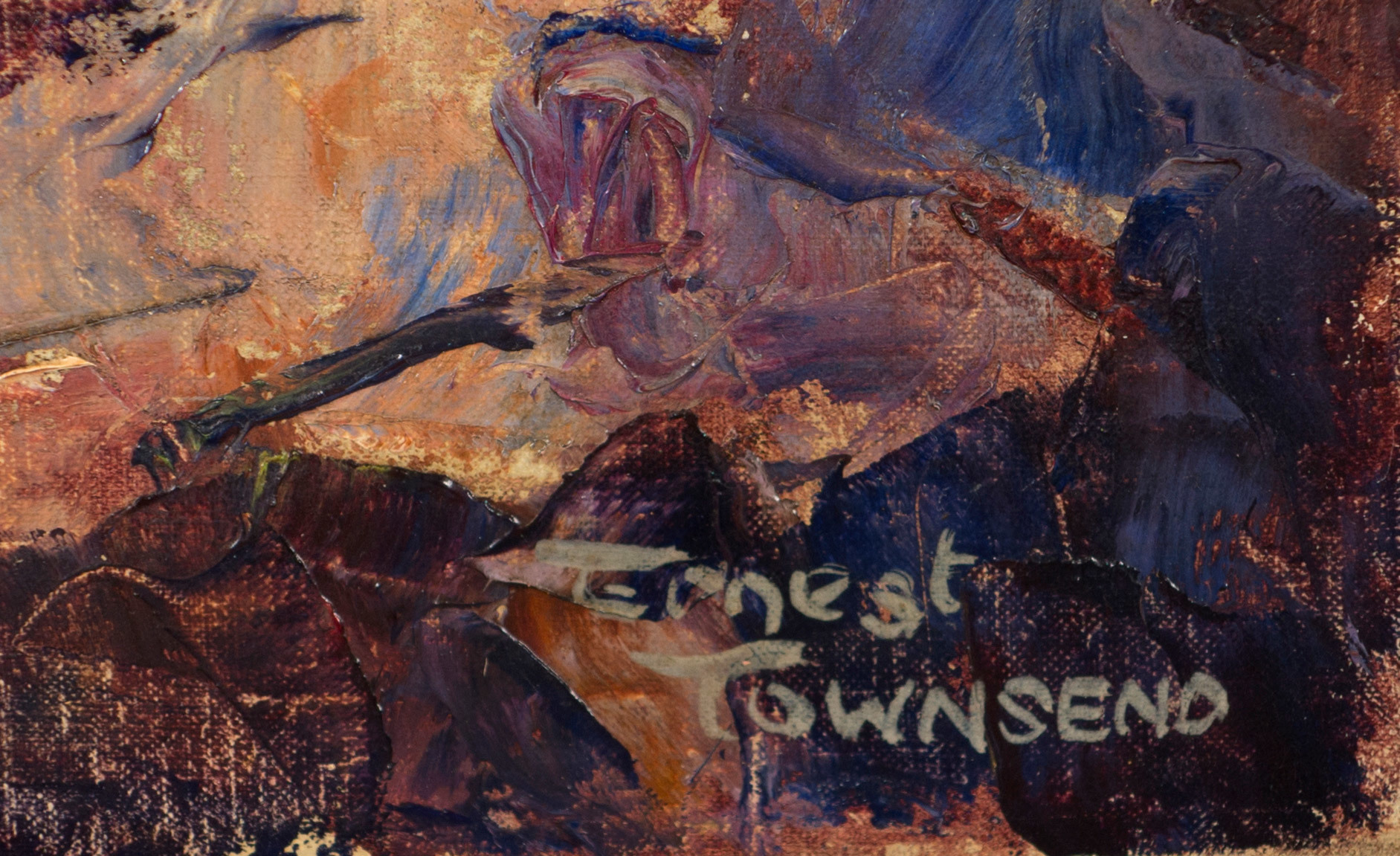 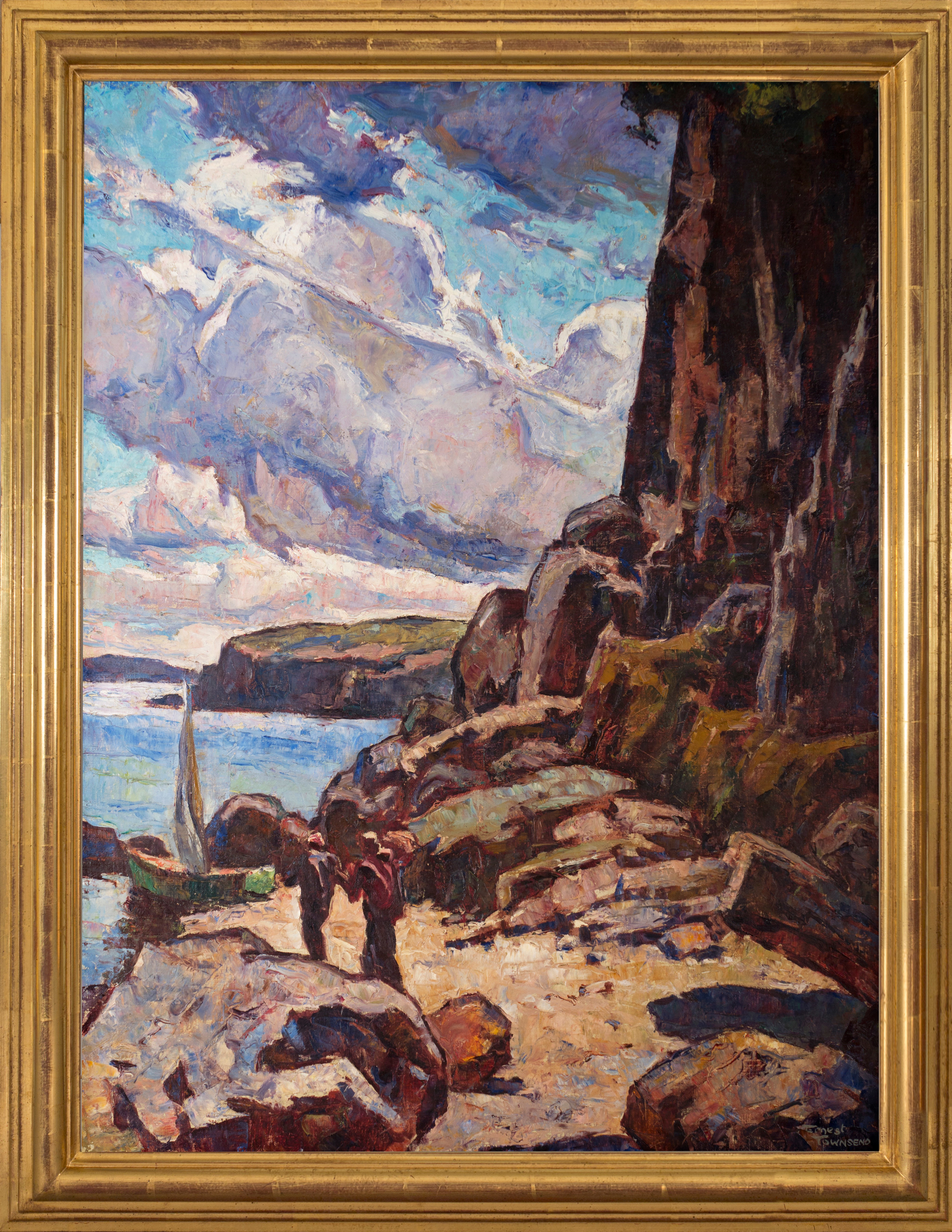 “Ernest Townsend studied at both the Art Students League and National Academy, but credited his fellow Salmagundian members Leon Kroll, Charles Hawthorne, George Ennis, and Walter Farndon for being the most significant influences on his career.  A painter, muralist and illustrator, Townsend exhibited his work at the National Academy as well as at the Salmagundi Club, which honored him with Isidor Prize for a landscape titled, Northern Islands. These depictions of the New England and Nova Scotia coastline, as seen in this piece titled, Ashore by the Cliffs, were some of the artist’s most important and revered work.”

Later in Townsend’s career he painted many New England and Nova Scotian coastal subjects. He received the Salmagundi Club’s Isidor Prize for a landscape titled Northern Islands and he exhibited these works widely at the National Academy’s annual exhibitions, as well as the Binghamton Museum of Fine Arts and the Arnot Art Gallery. Ashore by the Cliffs likely depicts the coast of Northern Maine or Nova Scotia, and was likely produced in this later period of Townsend’s career. The dynamic composition emphasizes the monumentality of the cliffs and billowing clouds by juxtaposing two men strolling towards their docked sailboat. The range of colors and broad brushwork reflects the influences of many of his teachers, including Charles W. Hawthorne. Hawthorne encouraged students to use a broad brush or palette knife to paint freely and emphasized the translation of hues and tones to the plane of the canvas. Townsend’s strong composition is effectively paired with areas of bold flat colors, rich with shifts in tonality, and united by deep blues throughout. It is an accomplished depiction of northern shores and represents the amalgam of influences and interests that Townsend pursued throughout his life.

Ashore by the Cliffs