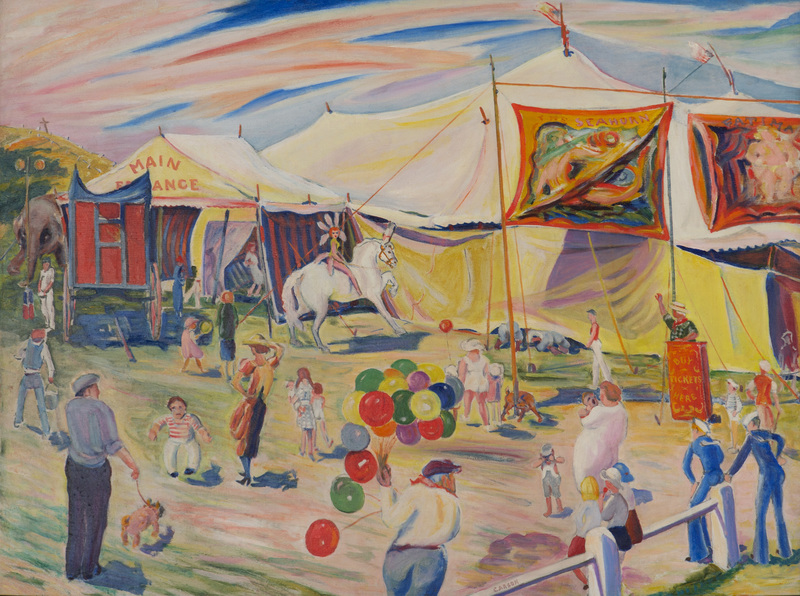 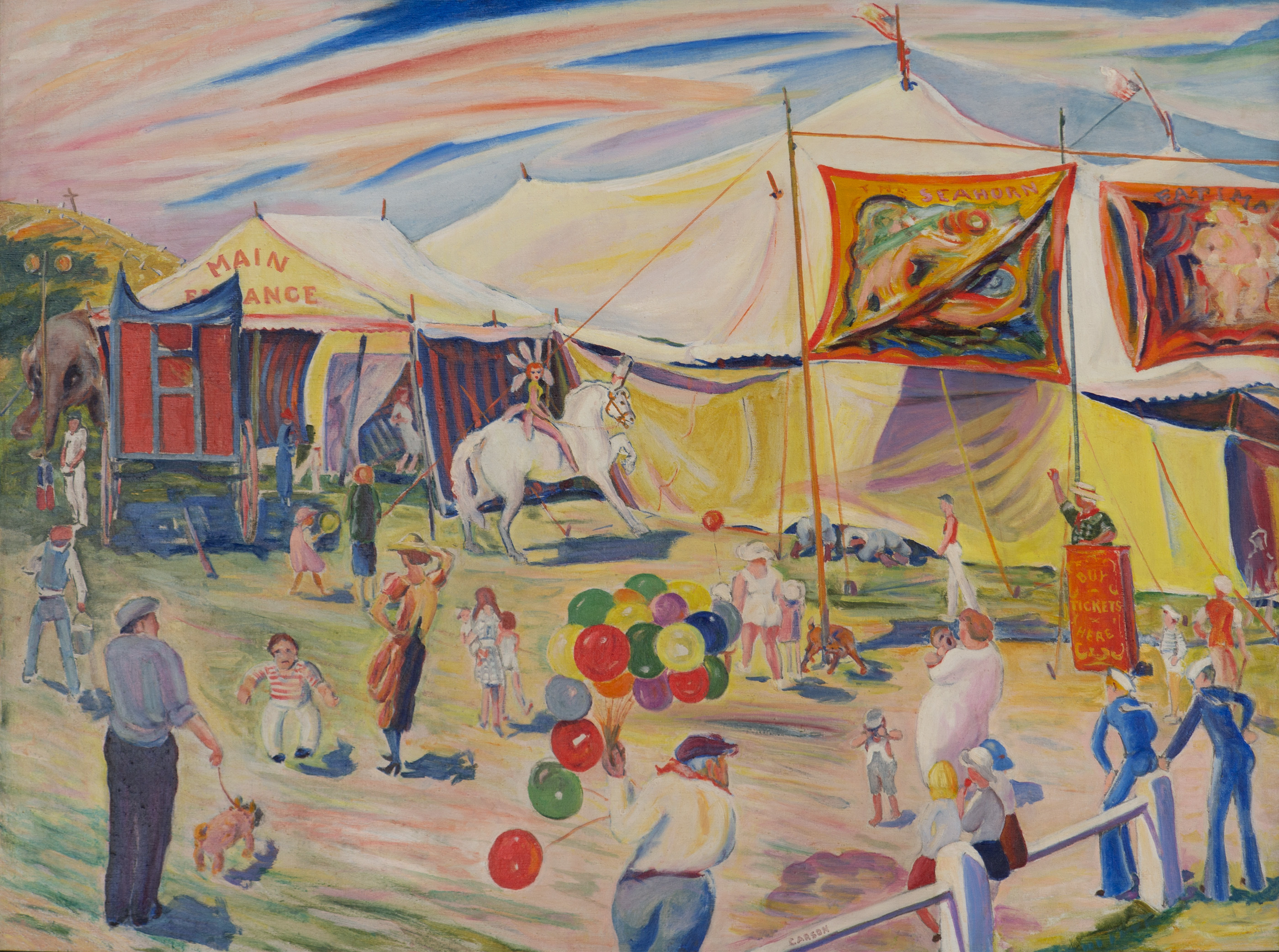 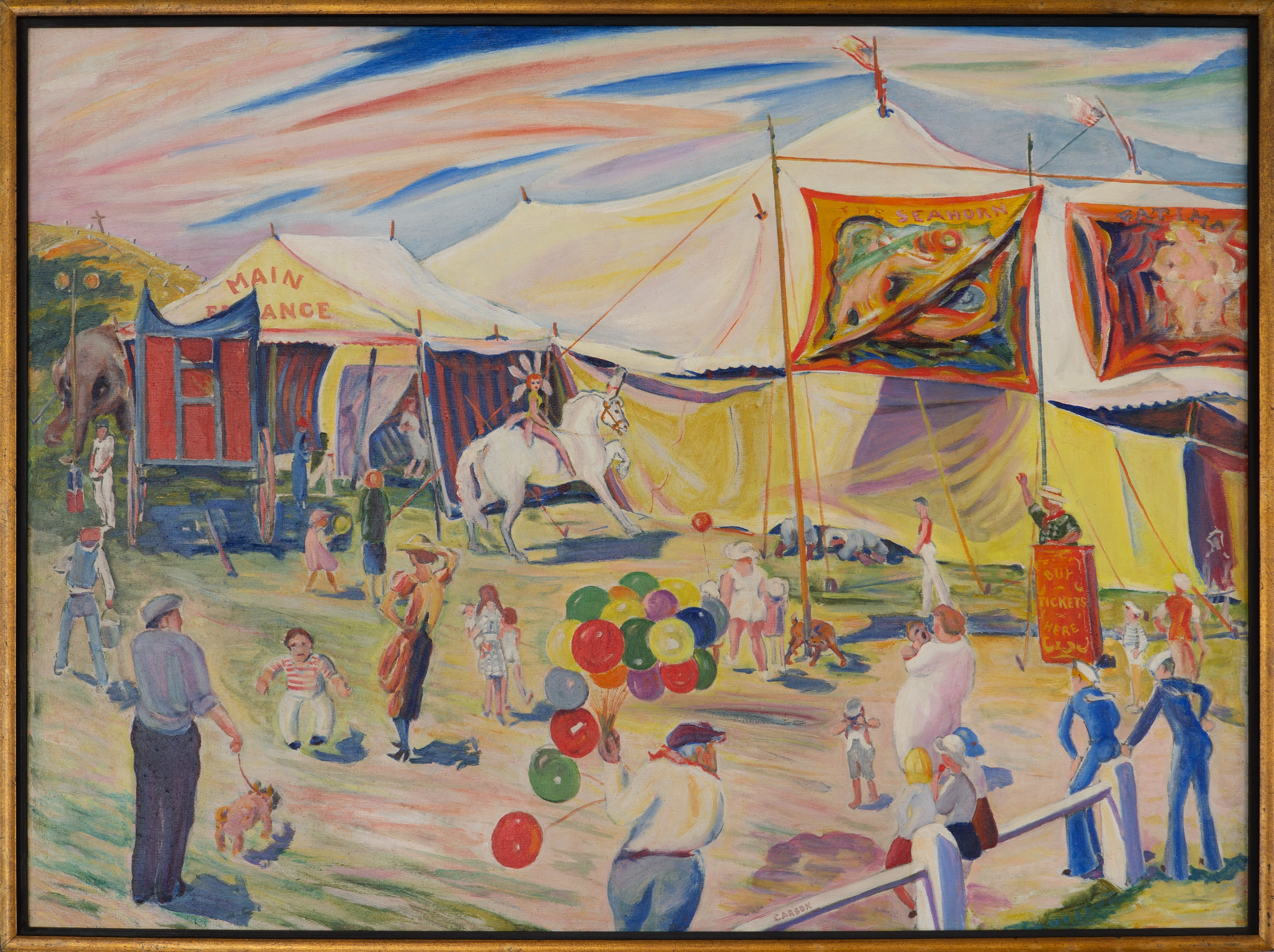 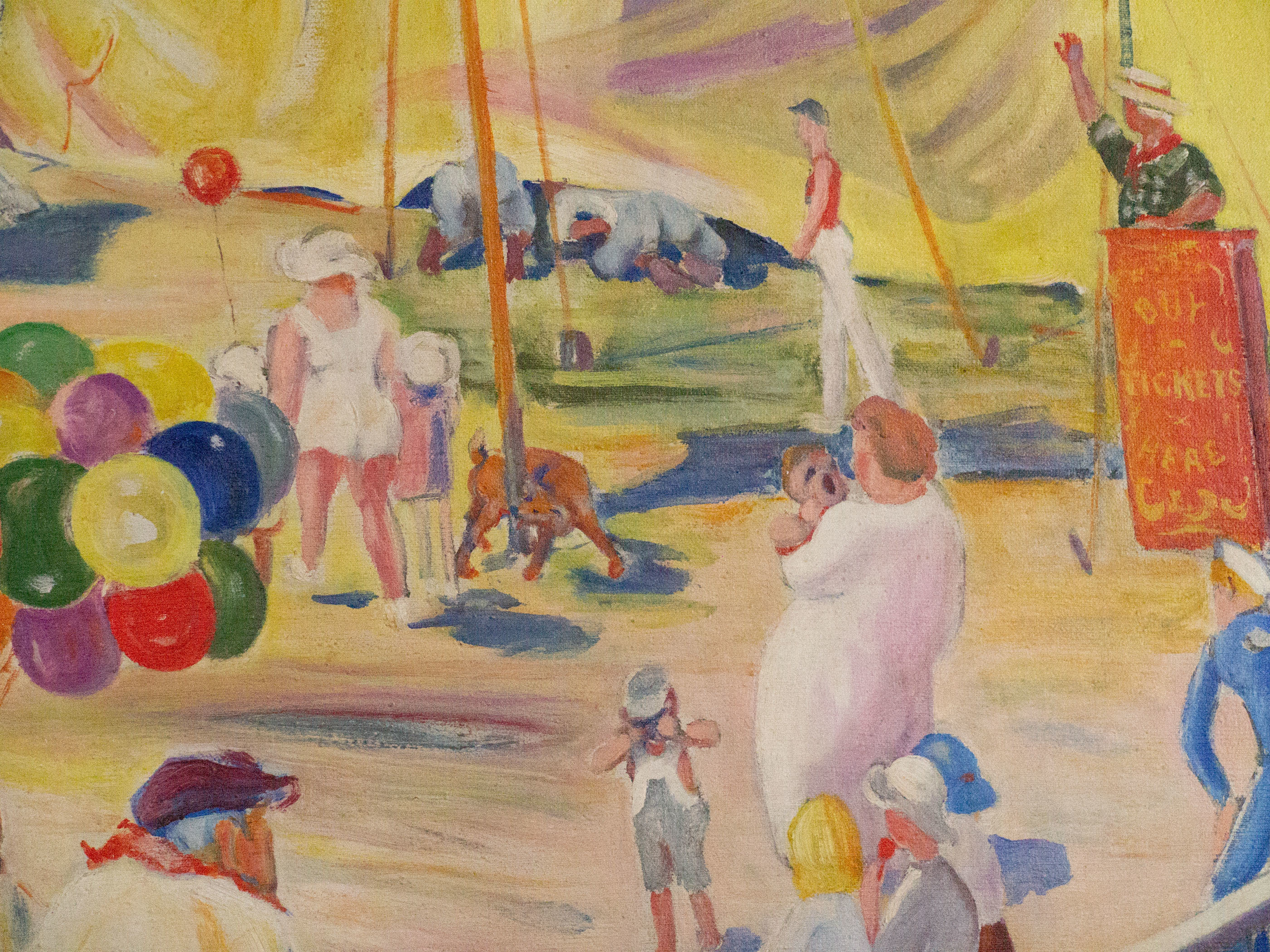 Provincetown Circus is one of several works that Carson created of the traveling entertainment troupes that came to Provincetown in the 1930s. His energetic brushwork and unrestrained use of color capture the commotion of the crowd, as various circusgoers anticipate the excitement to be found near the main entrance of the fair. Simultaneously, he conveys the warmth of the overhead sun shining down and the coastal breeze billowing the tents and the balloons clenched tight by a vendor.

Born near the turn of the century in Waltham, Massachusetts, just north of Boston, E. Francis (Frank) Carson grew up in a period of artistic revolution in America, when new art styles and philosophies were emerging across the nation. His education was comprised of multiple art schools, beginning with the Massachusetts Normal Art School in Boston, then the Commonwealth Art Colony in Boothbay, Maine, the Fenway Art School, and finally the Art Students League in New York City. His creative development occurred during the transition from Impressionism to Post Impressionism, thus his style ranges from the soft tones and gentle brushwork of his forbears to more modern, almost expressionist renderings, with lively, uninhibited use of color.

Carson exhibited annually at the Provincetown Art Association, and was an editor of the Lorelei, a local journal of art and letters from the writers and painters of Provincetown. After closing his school in 1933, he spent much of his time over the next thirty years in Boston and became a more active participant in exhibitions at the Boston Society of Independent Artists. It was during this time that he was introduced to the Four Boston Painters – Maurice Prendergast, Carl Gordon Cutler, Charles Hovey Pepper, and E. Ambrose Webster – whose affinity for Modernism influenced his own style.

Carson held solo exhibitions at the Washington Art Club at the University of Washington, the Copley Society in Boston, and the Brooklyn Museum, and today his works are held in many private collections and in the collection of the Colby College Museum of Art in Waterville, Maine.