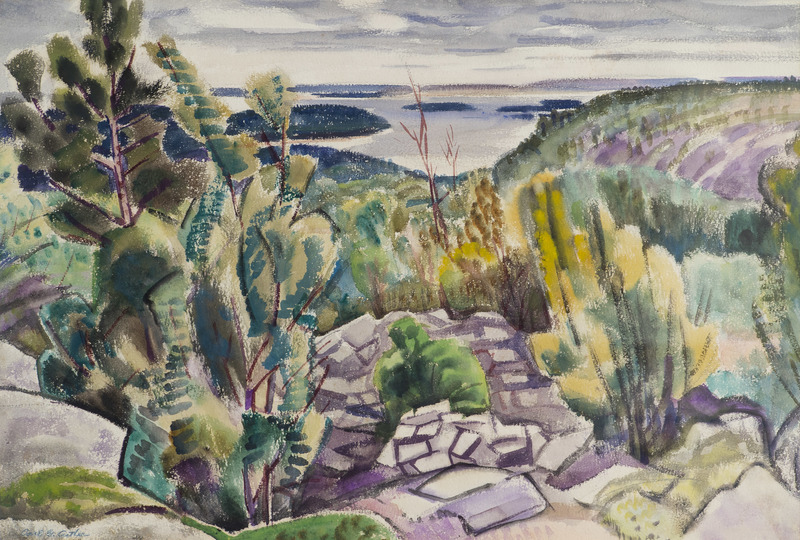 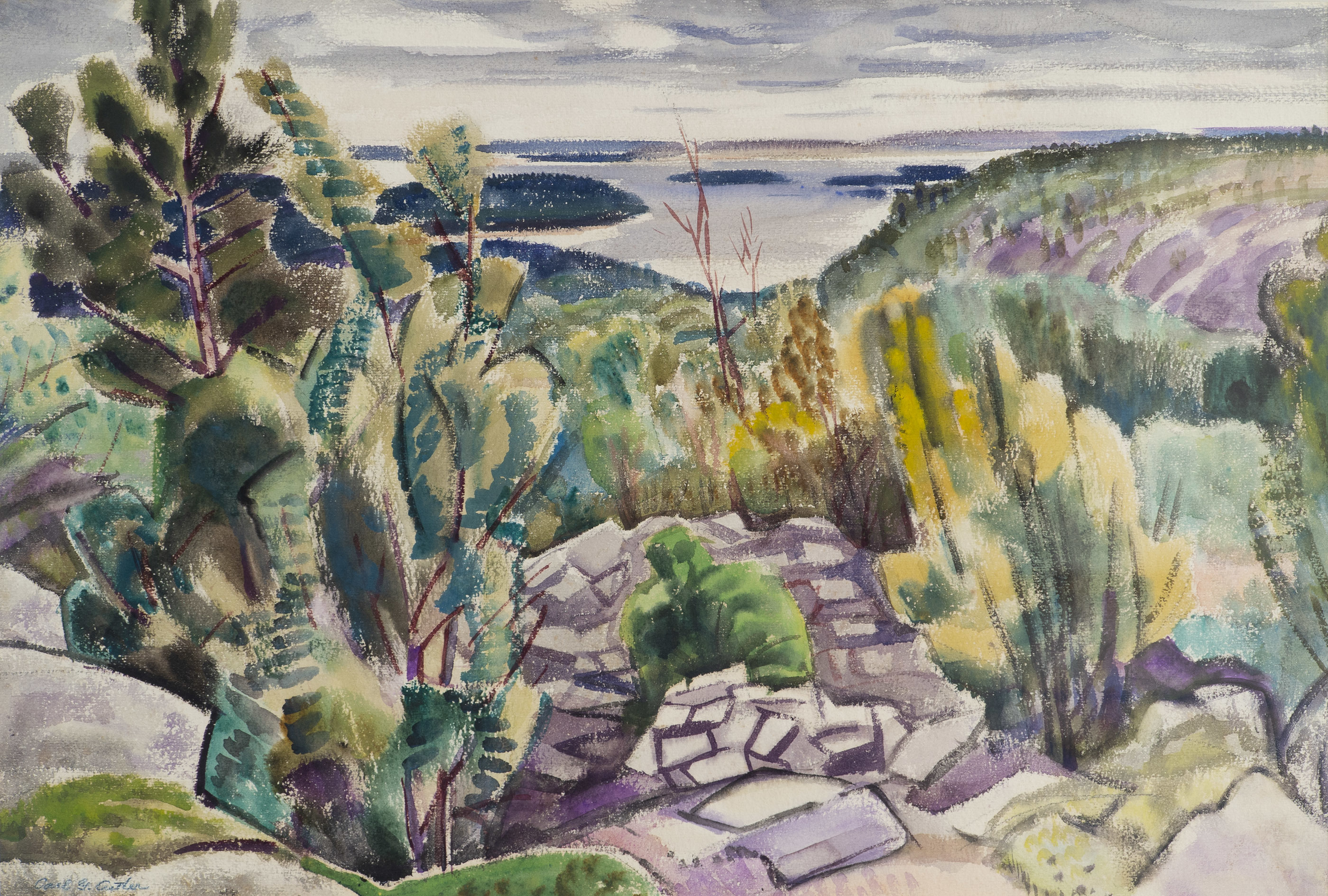 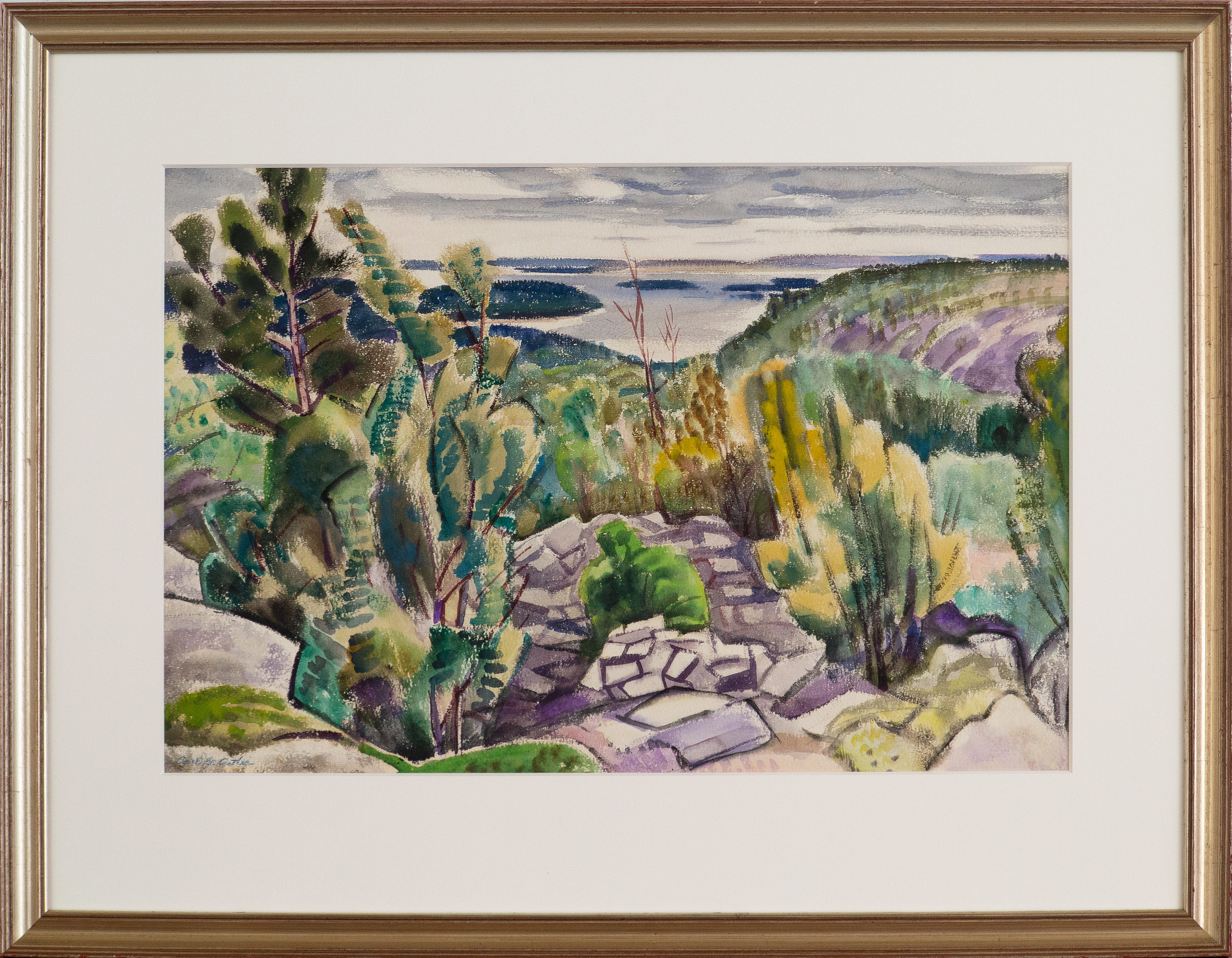 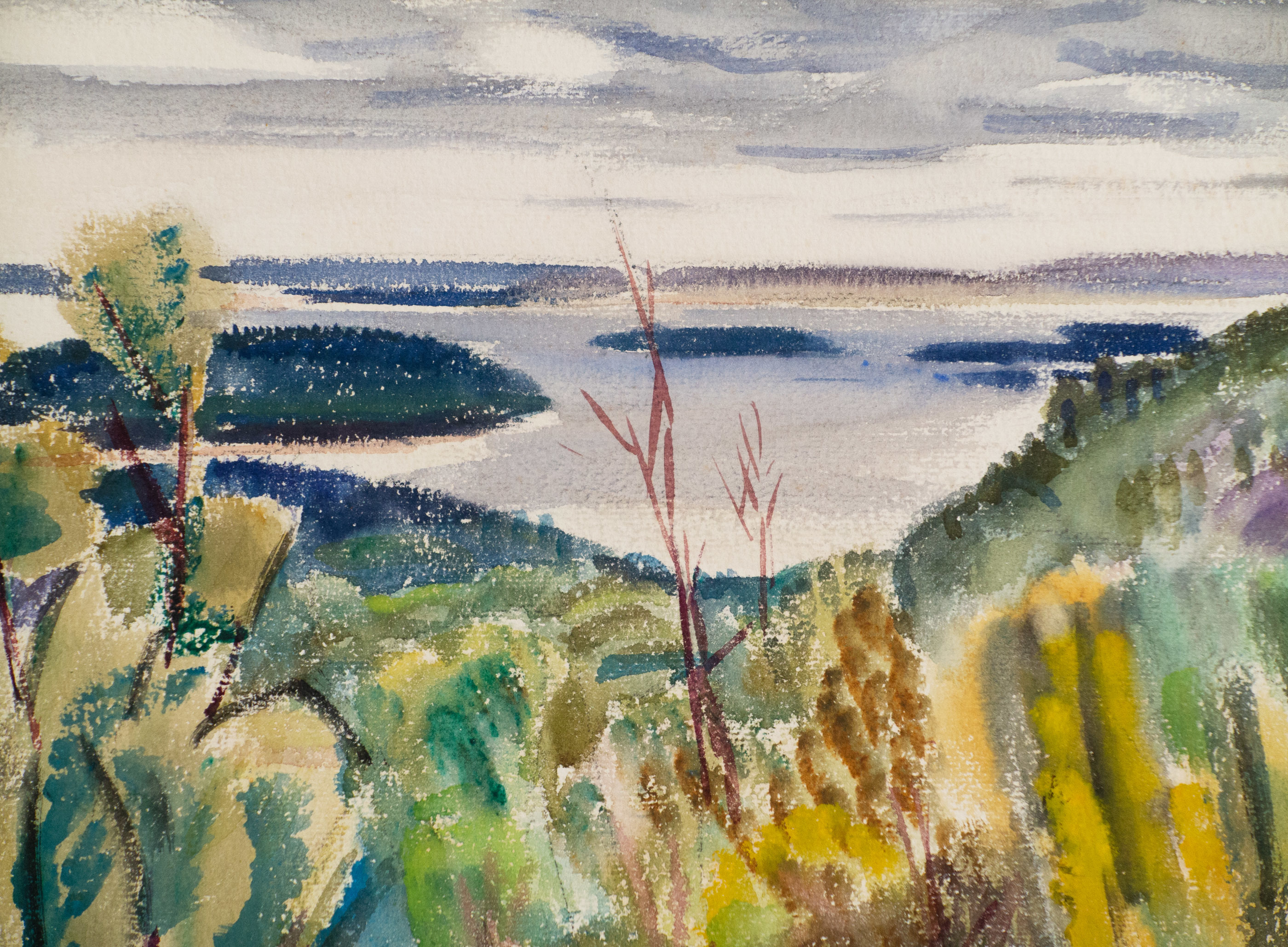 Cutler, a firm believer in the emotive possibilities of color, found inspiration for the majority of his work among the woods and rugged shores of mid-coast Maine. Camden Hills overlooks the hills and shore near Camden, Maine, and his vivid colors capture the beautiful New England coast on an overcast day. The animated brushstrokes bring the trees and rolling hills to life, the smells of crisp air and forest almost rolling off the paper.

Cutler was best known for his participation in two important groups. He first became a member of the “Boston Five,” with modernists Charles Hopkinson, Charles Hovey Pepper, Marion Monks Chase, and Harley Perkins, who collectively sent works to the famous Armory Show of 1913. Later, Cutler and the others were joined by John Goss, and they called themselves the “Group of Six.” Both groups received their share of critical outrage for challenging the well-entrenched conservative painting styles of the day.

Cutler’s modernist approach to painting embraced a spontaneous, plein air technique combined with an emphasis on decorative line and brilliant colors. In these dramatic watercolors, the artist captures the effect of the intense Maine light with broad, bold washes of color which sweep across the picture surface. Cutler’s individual take on the modernist aesthetic was defined by his emphatic embrace of color ranges and his understanding of the expressive possibilities of color. He even co-authored a book on color theory with Stephen C. Pepper, the son of his friend Charles Hovey Pepper, titled Modern Color (Harvard, 1923), in which Cutler describes how “every color combination, no matter how simple, no matter how complex, is an emotion.”[1]

Cutler met success at an early age: by twenty-eight he had participated in prestigious juried shows at the Paris Salon, the Art Institute of Chicago, and the Pennsylvania Academy of the Fine Arts. During his lifetime, he had a dozen solo exhibitions, and his works were featured at Vose Galleries often, and the gallery represented his estate following his passing. Although celebrated in his own lifetime as a pioneer of modernism, Cutler seemed happiest out of the limelight, painting in his home on Penobscot Bay in Maine.

Today examples can be found in institutions such as the Museum of Fine Arts, Boston, and the Farnsworth Art Museum in Rockland, Maine.

Collection of the artist

Upon his passing, to collection of his widow

To private collection, Newburg, Pennsylvania, for at least the last four decades, who acquired the painting from Mrs. Cutler