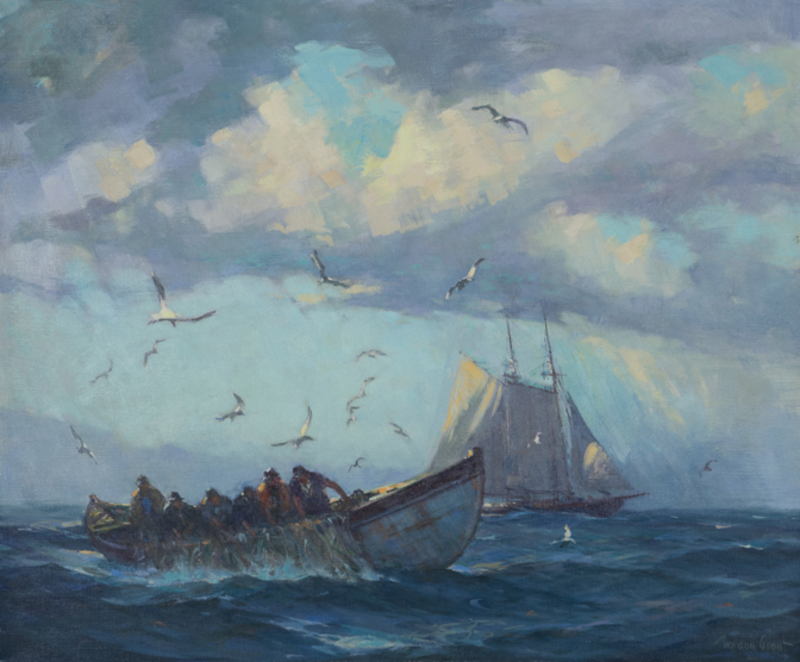 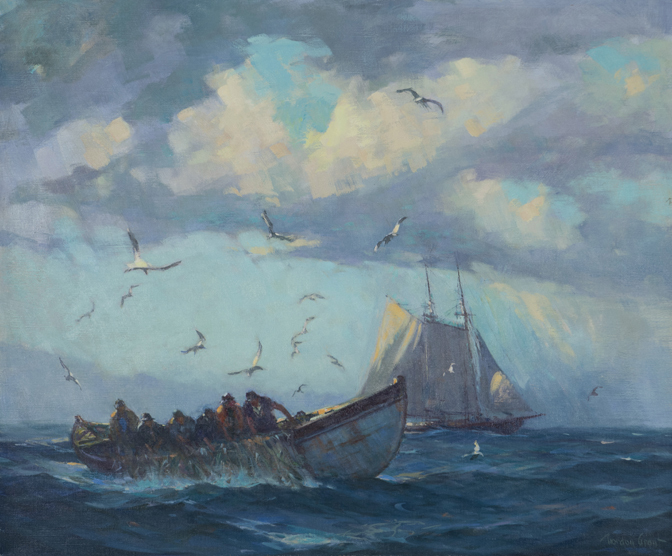 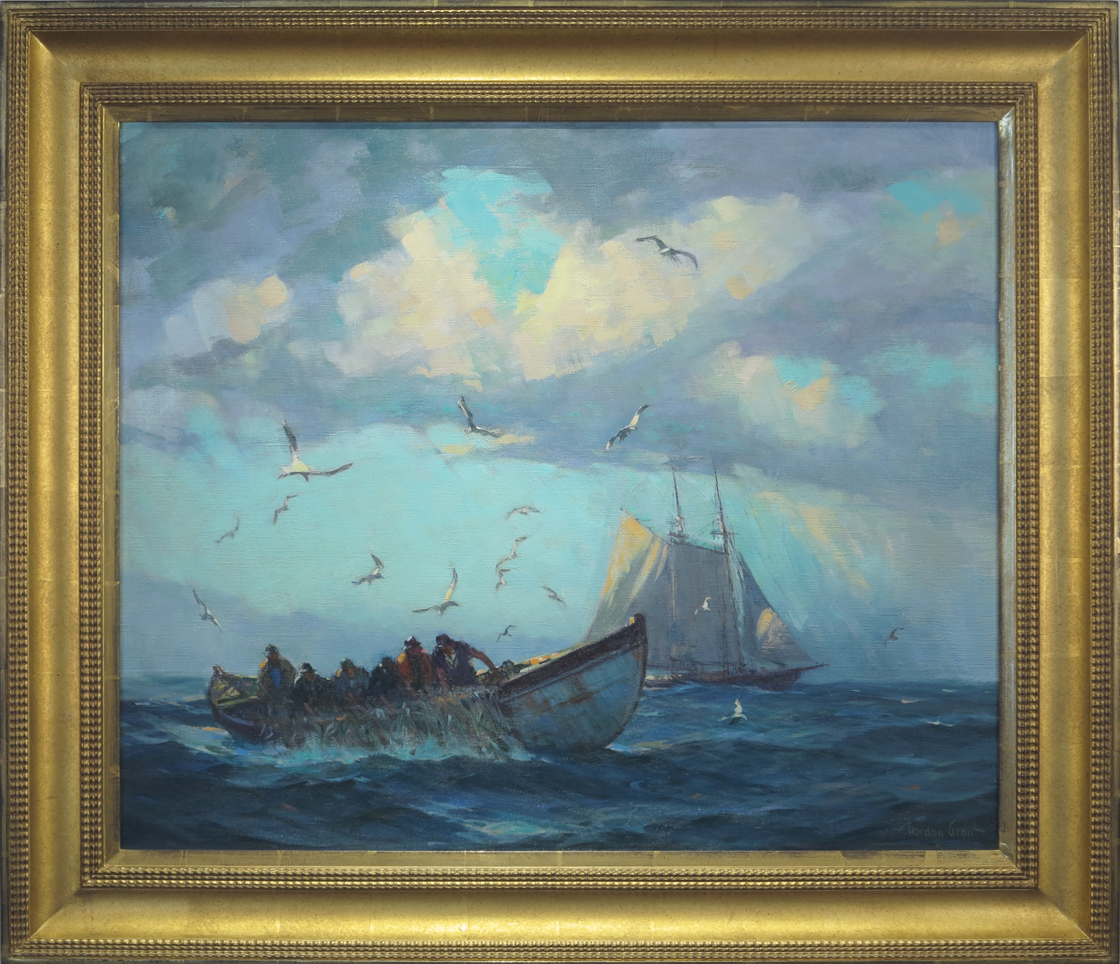 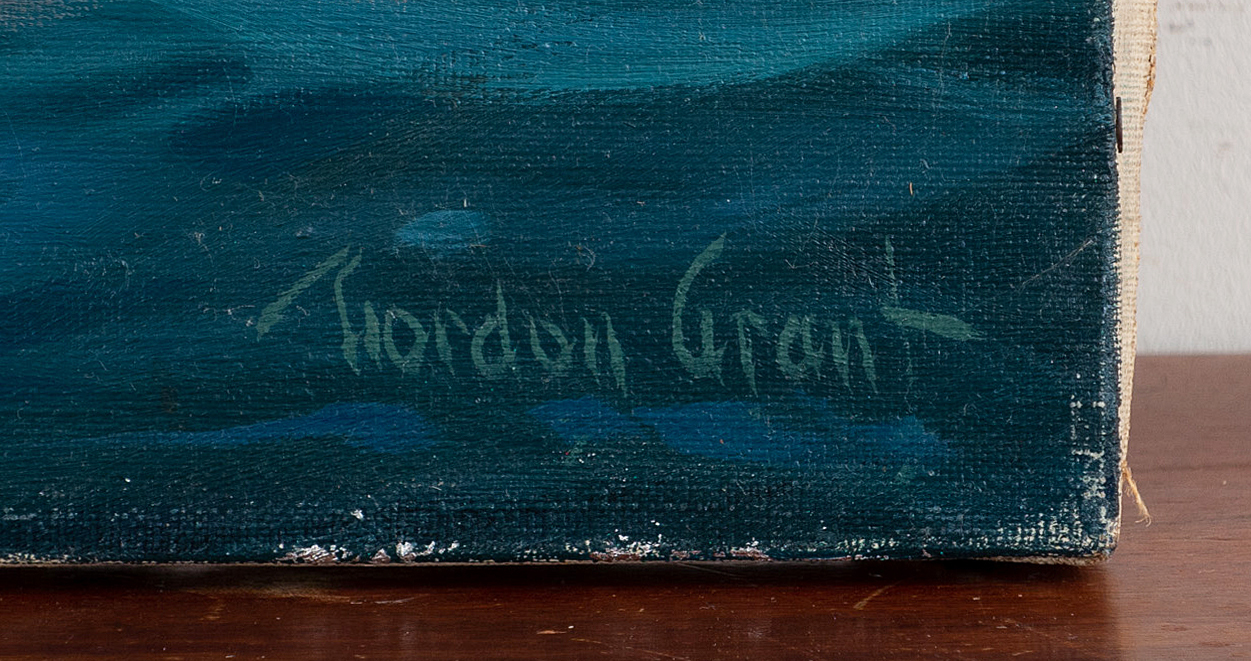 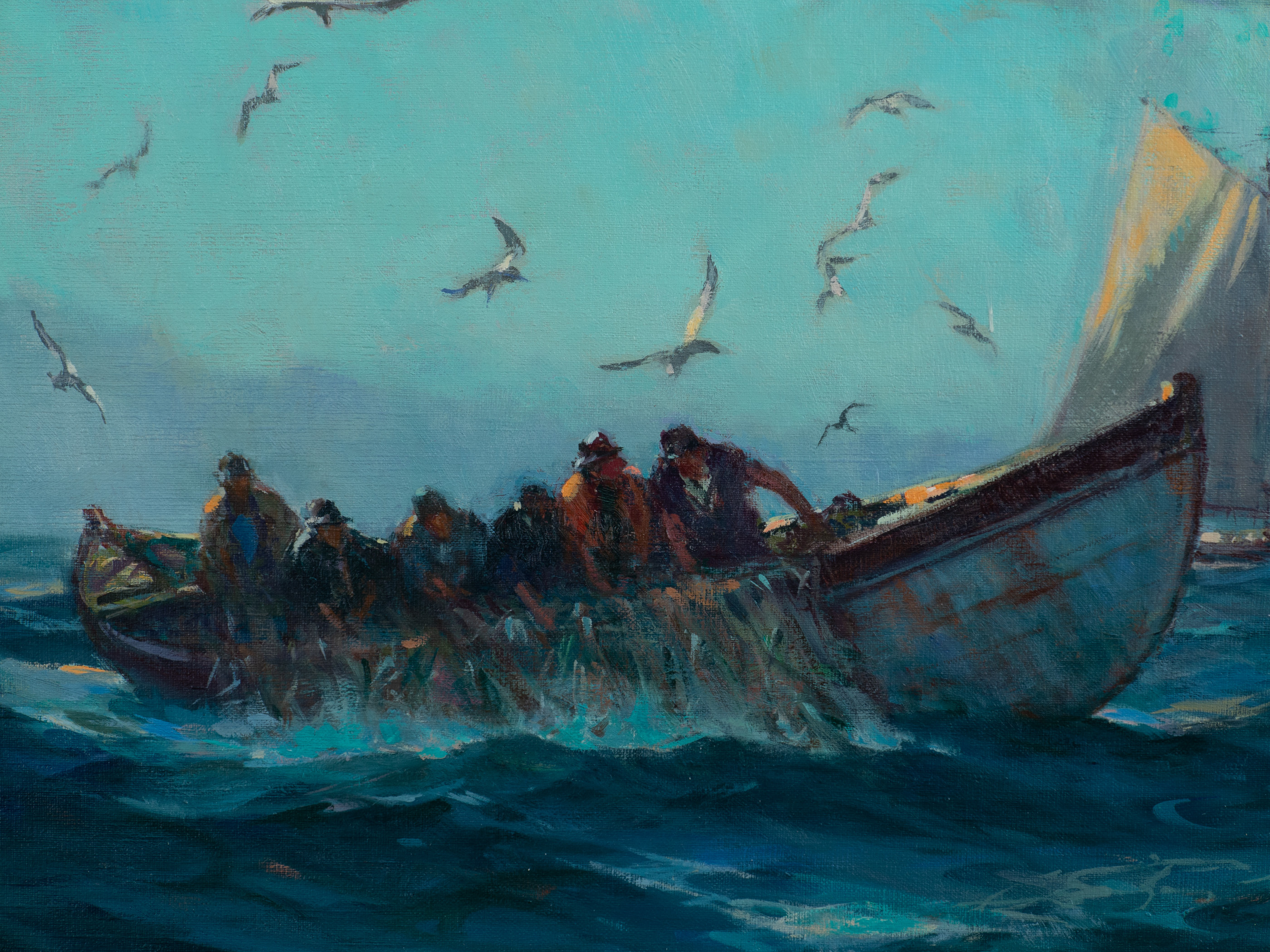 The Mackerel Seine is a brilliant example of Grant’s work, demonstrating his firsthand knowledge of maritime life and his respect for the hardy souls who toil on the sea, often at the mercy of Mother Nature. Exhibited at the Salmagundi Club in early 1951, the painting reveals the artist’s talent for translating the proper movement of the vessels on the water, the ebb and flow of the ocean currents, and the play of sunlight breaking through cloud cover as a rainstorm bears down in the distance.

“Gordon Grant knows the sea only as one who has roved upon it. Its romance appealed to him when he was a lad, and age has only added glamor to it.”[1]

Grant exhibited at a range of venues, including the National Academy, the Art Institute of Chicago, the Pennsylvania Academy, the Salmagundi Club, and the Paris Salon of 1937, where he won a medal for his entry. Many of his images were used in publications and later reproduced as prints, drawing the attention and admiration of the general public. Grant was a man of many talents, working in a variety of media ranging from oils and watercolors to etching and lithography, and his harbor scenes and clipper ships were executed with a crisp realism, capturing the subtleties of light and color. Additionally, Grant had a gift for the written word and many of his marine scenes are now immortalized in tales that he illustrated and authored, including Ships under Sail in 1941 and The Secret Voyage in 1943.

Circa 1950
Price upon request
Contact Vose about this painting