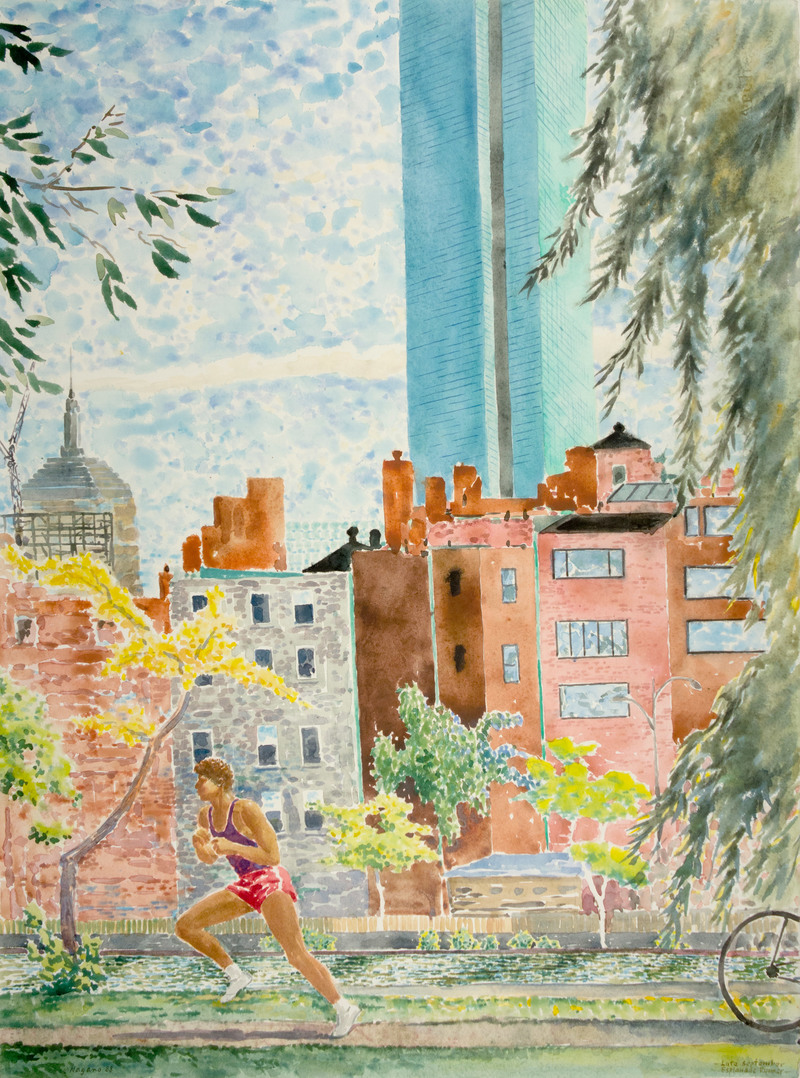 Paul Tatsumi Nagano is an american artist who has lived and worked in Massachusetts for much of his professional career. He was born in Honolulu, Hawaii, and studied painting at the Pennsylvania Academy of Fine Arts where he recieved the Packard Prize for Drawing as well as the Ware Traveling Fellowship. He is best known for his capitvating watercolors, capturing scenes from his travels around to the world - from Japan, Italy, France, Crete and many others.

Born in Honolulu in 1938, Nagano earned a Bachelor of Arts in English Literature from Columbia College in New York in 1960 before serving in the United States Navy for three years. While based in Georgia, his time in the military provided him the opportunity to explore ports throughout the Pacific, including his ancestral Japan, and rekindled his passion to become an artist. From 1963 to 1967, Nagano attended the Pennsylvania Academy of the Fine Arts and was awarded the institution’s Packard Prize for drawing in 1964, as well as the Lewis S. Ware Traveling Fellowship in 1967, which enabled him to further his artistic education among the bustling art centers of Europe. After moving to Boston in 1967, Nagano joined Pucker Safrai Gallery as Art Director and showed his work there in both solo and group exhibitions beginning in the early 1970s. He was trained in oils, but a 1974 return visit to Japan found him inspired by the Nanga School of painters’ approach to landscape, particularly in their expressive use of watercolor and fine, dotted brushwork to capture the poetry of a scene.

In 1984, Nagano made his first visit to the Indonesian island of Bali and was immediately enamored with the lush, tropical landscape and amiable residents who lived and worked in harmony with their environment. He has returned annually ever since, adapting his textural method to verdant rice paddies, serene lotus ponds, ancient stone temples and unique ceremonial traditions, and in the process created a body of work celebrating the islanders’ symbiotic relationship between man and nature. In 1997, a transformation occurred in Nagano’s work, whereby he moved away from representational expression of landscape to a more contemplative and philosophical approach he dubbed symBALIsm. Seeking to explore the interconnections of Bali’s landscape and people in a new way, the artist’s later paintings are dreamlike interpretations of the island’s rich culture and deep spirituality. In addition to exhibitions at Pucker Safrai Gallery from 1974 to 1988, Nagano’s paintings have been shown at other Boston galleries and at venues in Hawaii and Indonesia. Today examples of his work can be found in the permanent collections of the New Britain Museum of American Art in Connecticut, the Nelson-Atkins Museum of Art in Kansas City, Missouri, and the Neka Museum in Bali.