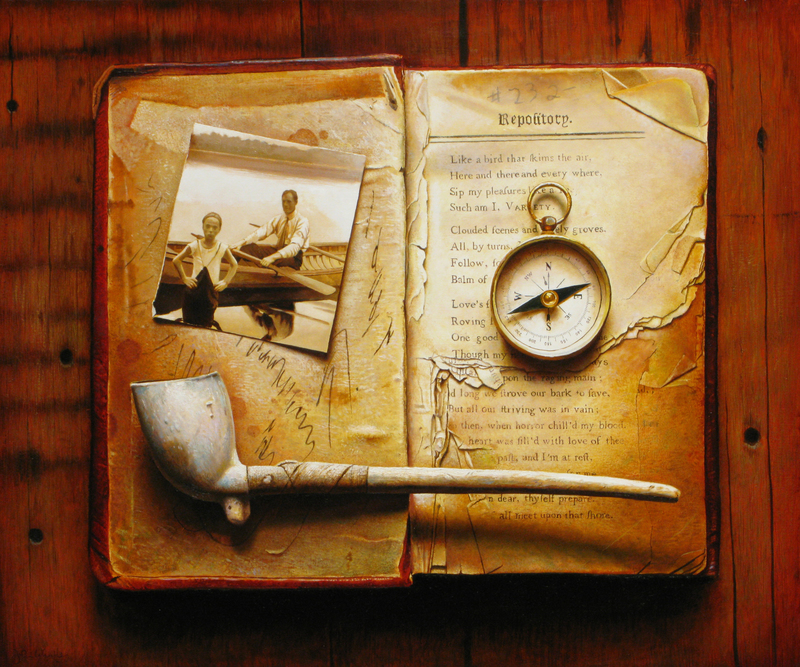 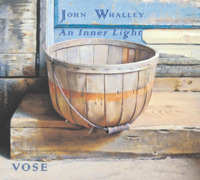 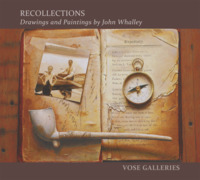 I find a more genuine joy in taking everyday “unbeautiful” things, placing them in a setting and painting them in as true a way as I can, so their real beauty can be discovered by the viewer. I prefer this to taking the obviously beautiful and painting it adequately. I am after the beauty that speaks softly, is often overlooked, and yet when discovered, is a source of great pleasure. [i]

[i] John Whalley as quoted in John Whalley, An American Realist: His Paintings, Graphite, and Watercolors, by S. William Pelletier, Georgia Museum of Art, 2001.

Although a native New Yorker, John Whalley discovered a passion for the Maine coast over twenty years ago and has continued to be inspired by its landscape and people ever since. In graphite drawings, oil, watercolor and egg tempera paintings of finite detail and delicacy, Whalley depicts landscapes and figures, as well as arrangements of discarded objects that he collects while exploring the coastline near his home in Damariscotta, Maine. His studio shelves are stacked with the subjects of his paintings: rusted locks and hand-tools, crab claws, antique books and other vintage objects. In a 2008 interview with Joshua Bodwell, Whalley explained his connection with these items: “I love worn things, things that have just been saturated with a story.” [2] Whalley’s creations stem from a history of photo realism and trompe l’oeil painting, but incorporate a narrative element that even William Harnett (1848-1892) and John Peto (1854-1907) would respect.

Whalley received his training at the Rhode Island School of Design, where he focused heavily on illustration skills during the mid-1970s. He settled in Maine roughly ten years later --­­ a locale where he fondly remembered vacationing as a child – yet, Whalley left behind his home and his painting career in 1997 for a seven-year period in South America. A dedicated humanitarian, Whalley helped to establish The New Horizons Youth Ranch in Brazil, a 150-acre school for orphaned children. Today he continues to support youth outreach programs and works dedicatedly at fundraising efforts.

Whalley has been an active participant in group exhibitions across the country since embarking upon his career as a fine artist, including shows at the De Cordova Museum of Massachusetts; the Tampa Museum of Art, the Museum of Art, Ft. Lauderdale, and the Dedland Museum of Art, in Florida; and the Portland Museum of Art in Maine, to name just a few. His list of solo exhibitions has grown to an impressive length as well, and it includes featured shows at the Coral Springs Museum of Art in Florida (2006), the Georgia Museum of Art (2001), the Sheldon Swope Museum of Art in Indiana (1988), and Gallery Zena of Boston (1981). A recent addition to Vose Contemporary Realism, Whalley had his first solo exhibition at Vose Galleries in 2008, and has been represented by a number of other prestigious galleries such as Spanierman of New York, Capricorn Galleries of Bethesda, Maryland, and the Greenhut Galleries of Portland, Maine. He has been the subject of articles in American Art Collector (November 2008 and November 2011), Maine Home and Design Magazine (July 2008), Art New England (June/July 2008), The Boston Phoenix (March 2008), and the Portland Magazine (Sept. 2007).

[2] John Whalley as quoted in Joshua Bodwell’s “The Humanity of Detritus.” Maine Home and Design. July 2008.