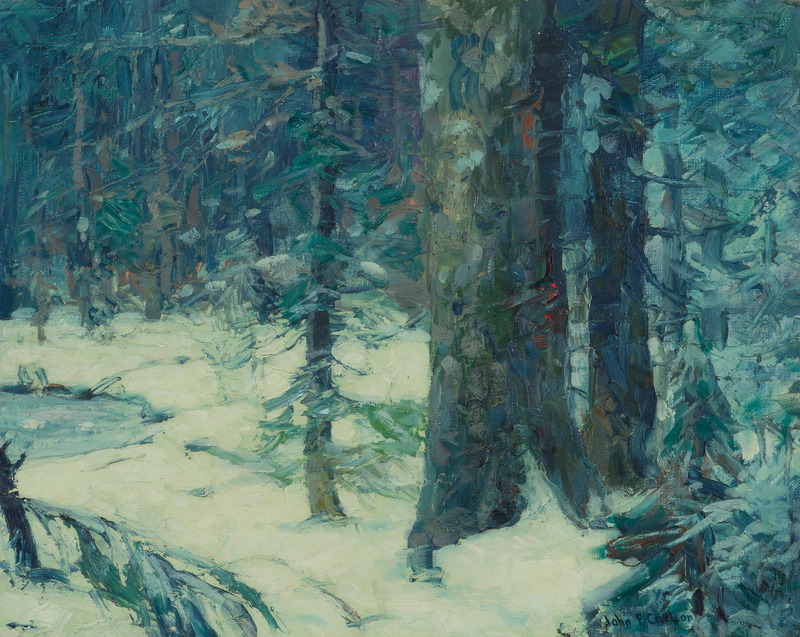 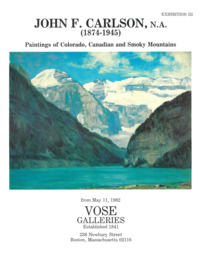 While he proclaimed that art could not be taught, but only learned through practice, John F. Carlson, nonetheless, was one of the most important teachers of landscape painting in the early decades of the twentieth century. He was born in a tiny town on the eastern coast of Sweden and immigrated to the United States with his family in 1884. In 1902, he found his way to the Art Students League in New York, where he studied painting with Frank V. DuMond and Birge Harrison. The following year, Harrison joined the teaching staff at Byrdcliffe, a newly-founded arts and crafts community in Woodstock, New York, and Carlson followed.

The hills, pastures and woods of Woodstock provided ideal subject matter for them both, and at Carlson’s urging the Art Students League established a summer school in Woodstock, where he taught from 1906 to 1918. In 1920, Carlson co-founded the Broadmoor Art Academy in Colorado; two years later he returned to Woodstock to establish his own school, the John F. Carlson School of Landscape Painting. In addition to directly teaching hundreds of students, Carlson reached countless more with his book, Elementary Principles of Landscape Painting, which was published in 1928. Carlson’s teaching philosophy was simple: “Study directly from nature,” he wrote. “Study to feel, and know something of her visible functionings. Nature, to the thoughtful, will ever remain a vast and delightful storehouse, and the love that we bestow upon her is not to be accounted as lost. She will remain forever the fountain of ‘inspiration material.’” [1]

Due to Carlson’s busy teaching schedule, his own painting time was generally relegated to the late fall and winter, and thus he became known for his tonalist snow scenes. Painted in muted blues and greens, his silent forests, still rivers and rolling pastureland scenes captured the lyrical qualities of the season. A 1917 article in The Fine Arts Journal called him “a Bouguereau of winter woods, an idealist of pure beauty with a classic appreciation of form, a realist as to detail, a poet as to color and, above all, a master of tone.” [2]

Carlson exhibited widely during his lifetime and won numerous prizes for his paintings from the Salmagundi Club in New York, the Panama-Pacific Exposition in San Francisco, and the National Academy of Design. Additionally, he participated in annual shows at the Art Institute of Chicago, the Pennsylvania Academy of the Fine Arts and the Corcoran Gallery in Washington, DC, and was a member of several national arts organizations. His work was often commended for its delicate tones and lyrical qualities: “Mr. Carlson’s technical proficiency is very great, and his art arouses only a calm emotion in the presence of the natural world…he satisfies the taste and lures the attention toward the breadth of view and intellectual serenity which belongs to art of a high order.” [3] Vose Galleries has held four exhibitions of the artist’s work, and today his landscapes can be found in several museum collections, including the Metropolitan Museum of Art, the Smithsonian American Art Museum, the Sheldon Museum of Art in Omaha, Nebraska, and the Springville Museum of Art in Utah, among others.